The first six pack of 2021 brings some of the usual suspects (specifically, a brewery who appeared on every January Six Pack so far. In addition to that, some interesting beers, including one from an old favorite, all of which amount to the usual mix of NJ and non-NJ beer.

New Year’s Day in the world of NJ Craft Beer means Carton Brewing and their annual release of their latest “Irregular Coffee” variant. Augie and his crew take their famous Regular Coffee Cream Ale and make a variant, this time around they decided to add some raspberry purree, making the standard convenient breakfast fare of a coffee and jelly doughnut amalgamated into one beer. I liked this one quite a bit, but I wouldn’t have minded if the raspberry was a little more assertive.

UDDR: Our Princess Is In Another Cowstle (Bolero Snort Brewery) | Sour – Fruited | 3.75 Bottle Caps on untappd 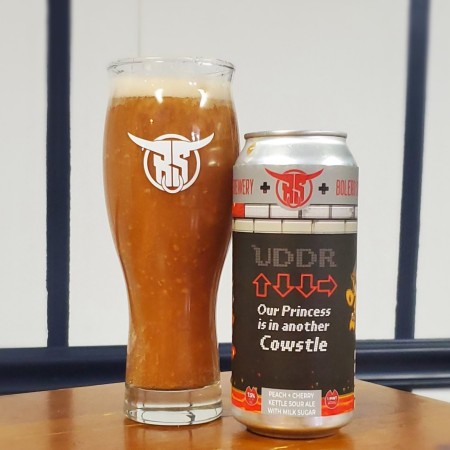 As I noted in my review of Bolero Snort’s Mele Kalikimakow, the brewery has considerably upped their game in Sour beers and this beer is a an example of that. Peach, Cherry, and Lactose make for an extremely sweet beer, but a beer that also maintains an appreciable level of tart/sour. This beer is part of Bolero’s “Video Game” series of Sour beers, UDDR.

For many years, Southern Tier was one of my go to breweries, especially their Blackwater series of big beers. I’ve had the non-nitro version of Crème Brûlée and it is one of the most decadent beers I’ve ever had. The nitro works well in this beer, those flavor elements are nicely complemented by the nitro. I need to get myself more of their big beers, because Southern Tier is really accomplished on this front. 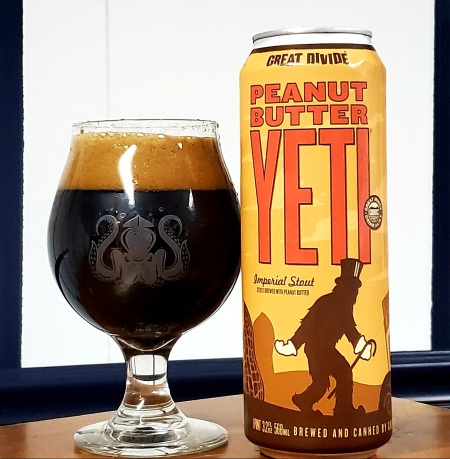 This is the second variant of Great Divide’s legendary Imperial Stout Yeti and like the regular and Mexican variety, it is an extremely well-made beer. Peanut Butter is a tricky adjunct because it is so potent and can be overpowering. Great Divide does a really nice job because the Peanut Butter is very assertive, but it isn’t a bludgeon to the palate.

Special occasions call for special beers, so when I received a very nice promotion at work to start of 2021, I knew I was going to celebrate with Kane’s 9th Anniversary Stout (3288). I was fortunate enough to get this beer (and their other anniversary beer, a Quadrupel/Strong Ale also excellent) on the Eventbrite sale in November. So what is this beer? It is Kane’s (extremely successful) attempt emulating German Chocolate Cake in Beer form, a blend of barrel-aged stouts conditioned on Madagascar-bourbon vanilla beans, cacao nibs, toasted coconuts and pecans. This stout is one of the most decadent, richest, thickest, delicious barrel-aged stouts I’ve ever enjoyed. All those aforementioned elements are expressed in the beer both as a blend and individually – or another way, perfectly. Kane has a reputation as the NJ best brewery for many categories, including Barrel Aged beers and this beer just proves that to be true, an outstandingly crafted ale. 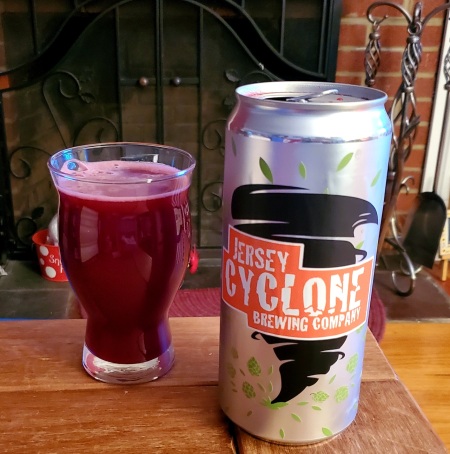 I’ve been a fan of Jersey Cyclone Brewing since they opened a couple of years ago, their lagers and stouts are superb and they make tasty IPAs. However, this Blueberry/Cinnamon sour ale, Uncharted Waters, might be the best I’ve had from them. Lactose is added to balance out the tartness and sour elements for an outstanding beer. The beer reminds me of a blueberry crumble or blueberry cinnamon pie in beer form. Simply a delicious beer. Jersey Cyclone brews a few different fruited variants of Uncharted Waters, which I must now try.

There was one letdown of a beer; however. The beer is from a brewery’s whose beer I’ve enjoyed, but this one was a miss, Forgotten Boardwalk’s Dark Ride a “Black Chocolate Stout.” I like stouts, chocolate, and salted chocolate, but something tasted off in this beer or the beer interpretation of the sweet and salty candy just didn’t work for me.