June has rolled in and out, the pandemic continues, as does my focus on local/New Jersey beers. One non-NJ beer in this six pack, but some of the usual suspects from NJ made an appearance in June. A pretty decent mix, style-wise, with two IPAs. Despite my recent Lager Leanings, most of the lagers I’ve been enjoying (outside of those I’ve recently reviewed) have been past favorites. 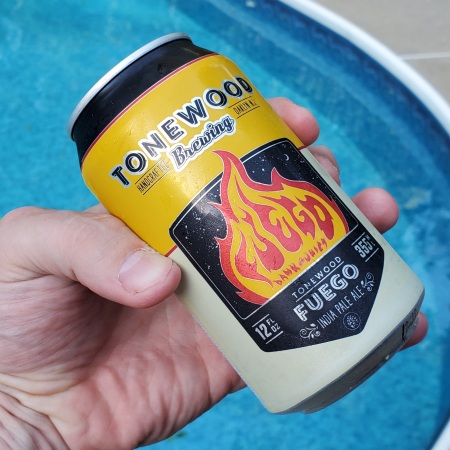 In the few beers I’ve had from Tonewood, I’ve yet to have a bad beer. This straight up IPA may be the best I’ve had from them yet. There’s an absolutely perfect hop blend giving the beer both a citrus/juicy component, but also the hallmark bittering and slightly piney components often associated with West Coast IPAs. I brought a six pack to a socially distanced poker game and wound up drinking three of them myself the beer was so damned good. I know Kane is considered the IPA King of NJ (and rightly so), but Tonewood’s Fuego is outstanding and probably one of the best IPAs brewed in The State of New Jersey, at least that I’ve had the pleasure of drinking.

Speaking of Kane, this is a beer I picked up at the brewery when I visited in September 2019. Old Ales are an interesting style in that they are often a blend of beers with strong malt and molasses character – those two elements are on prominent and delicious display in this beer. I’ve noted many times that Michael Kane and his crew are masters of the art of barrel-aging beer and that refined craftsmanship is the highlight of this beer. The bourbon-barrel notes are in elegant, perfect harmony with the big malt character of this potent ale. I think Picture in Reverse is an annual release for them so I’m hoping to get a bottle of it this year.

Unfortunately, the pandemic prevented Czig Meister from having their 4th Anniversary party, but they still brewed a potent and delicious Imperial New England IPA to celebrate. This is a fantastic beer with wonderful tropical fruit notes all over the place and a nice hop bite to balance out the sweetness. What was most surprising is how easily it went down for a beer at 10% ABV.

Toms River Brewing (f/k/a Rinn Dunn) is a brewery whose beers I’ve been wanting to try more of, and a brewery I’m looking forward to visiting. My neighbor decided to have us over one evening for some beers and conversation. Much to my pleasure, he grabbed a four pack of this crusher. I liked it so much I had two cans that evening. This is a really nice beer for the summer lounging.

To say that Regular Coffee is one of Carton’s most beloved beers is an understatement. It is a “franchise” or “brand” within the portfolio, or as Augie says of the variants, the “Regular Coffee” Game. This one is about half the ABV at 6% and there seems to be more sweetness than the standard “Regular Coffee.” This version is Nitro which gives the beer some good body and is simply delicious. Almost as good as the original Regular Coffee, except this one won’t sneak up on you and smack you on the back of the head with a baseball bat with a high ABV. In other words, you can have a couple and still be relatively OK. 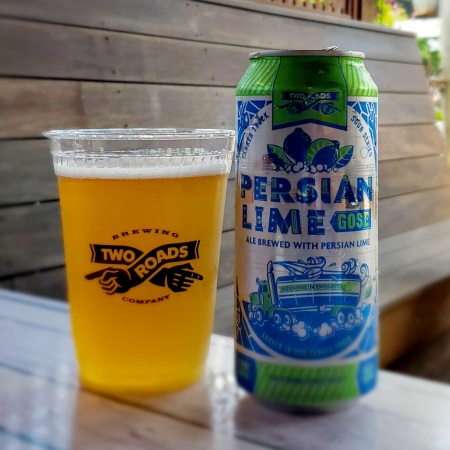 This was the first beer I had at a bar/restaurant since the pandemic. In NJ, outdoor dining was permitted and fortunately, one of our favorite places, The Stirling Hotel, has ample outdoor dining. As for the beer, this Persian Lime Gose might be one of the best Goses I’ve ever had and one of the best I’ve had from the consistently excellent folks at Two Roads Brewing. The lime was perfectly tart and sweet, the touch of salinity brought it all together. I could drink 50 o of these on a hot day as it is eminently refreshing.

Plenty of good beers, the only one that really didn’t work for me was Cowfee Break from Bolero Snort, a coffee porter. The taste was off and it was rather thin for the style. .