Memorial Day is the unofficial kick off of Summer (even though the season actually changes June 20/21), so what better time to highlight a six pack of beers geared towards warmer weather and beers that work perfectly in the Summer? This year, I’m focusing only on New Jersey breweries (which is only a slight shift from the norm) because since about March and the Pandemic, I’ve really wanted to focus more on local. As I said last year, because a post about Summer Beers was the very first Draught Diversion I posted/published, I want to continue the tradition especially since I just hit the three-year mark here at the Draught Diversion. 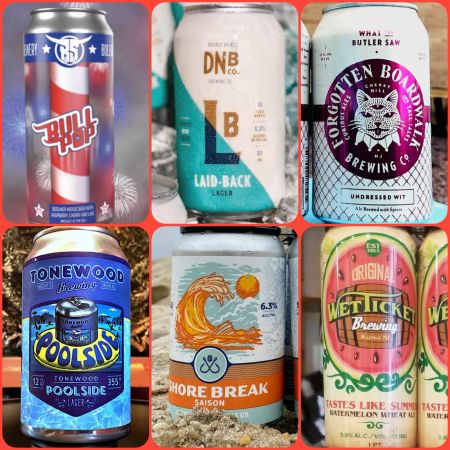 As in past Summer Six Packs, not all of these are official “summer” beers, but they are styles for me that seem to fit right into the summer.. 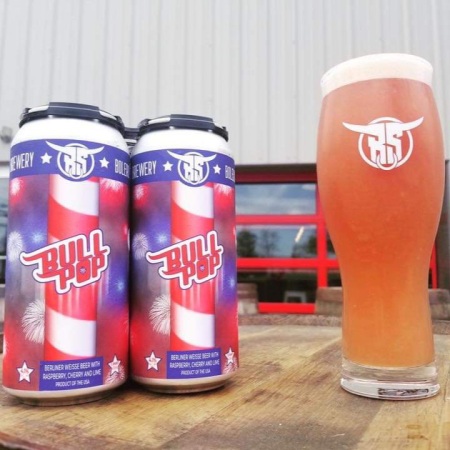 A Berliner Weisse is a traditional German style of beer, lightly tart which is often counterbalanced by the addition of some kind of fruit. I’ve had a decent number in this style and even did an “Overlooked Style” post on the style. Bolero Snort’s take on the style emulates the Rainbow Ice pop that was in every body’s freezer in the summer.

What Bolero Snort says about the beer:

As a kid, it was fireworks on a hot summer night with a cold sticky treat to hold the heat at bay – so we decided to go all ‘Merica with this one and turn it into a beer! We started with a light, slightly tart base with added mouthfeel from a wheat heavy grist. Secondary fermentation on tart cherries, lime and raspberry gives this brew a red/pinkish hue with fruity aromatics and a dry finish. Grab one soon because just like the summer it will be gone before you know it. 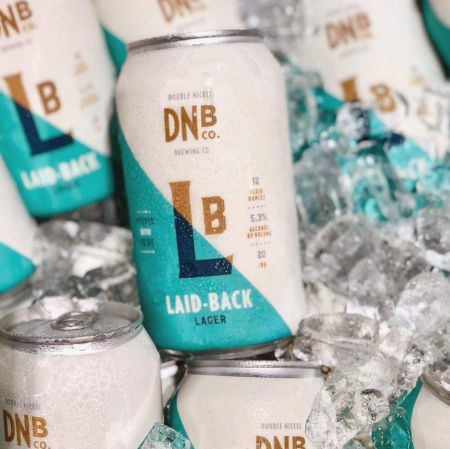 Craft Light Lager…three words that are becoming somewhat more prevalent. There’s been a drive for lower calorie beers that maintain the same level of flavor as the standard craft fare and Double Nickel’s take seems to land pretty nicely in that spot. I haven’t had the opportunity to try this one yet, but based on the small sample size of beers I have had from Double Nickel, my guess is that this would be a tasty beer.

What Double Nickel says about the beer:

Everything you want in a Golden Summer Lager and more – drinkable, light, clean, and crisp – with notes of sweet summer melon from the Huell Melon hops–truly refreshing and crushable. 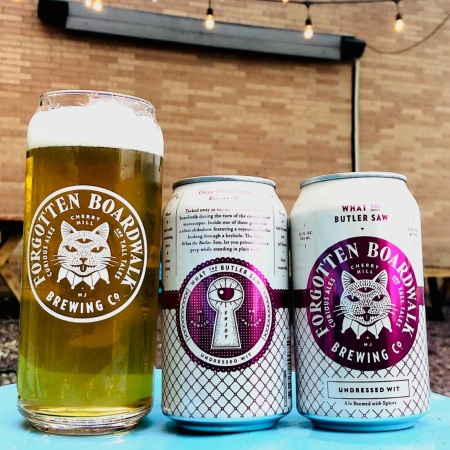 Shame on me for not including Forgotten BOARDWALK in any of my previous Summer six packs! Although What the Butler Saw is part of Forgotten Boardwalk’s year-round lineup (as Witbiers often are), the light, yet flavorful ale is perfect for a refreshing summer beer by the pool, after mowing the lawn, or on the porch.

What Forgotten Boardwalk says about the beer: 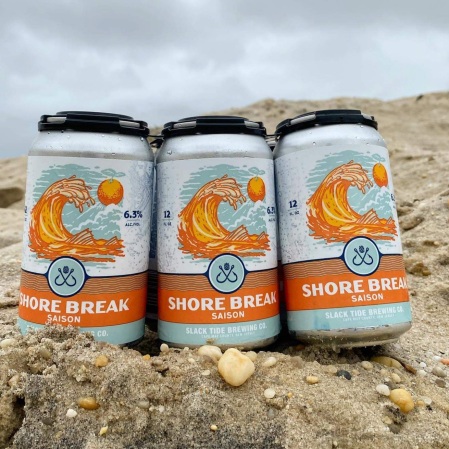 Slack Tide is a brewery whose beers I’ve yet to sample, but I’ve seen good things about their output. A Saison is a great beer for summer, considering the style was originally made as a reward/refreshment for Belgian farmers toiling in the fields. As such, the style is inherently refreshing and Slack Tide’s take looks really flavorful with the additional of orange peel. Prior to this year, I think this was only a taproom/draught only beer, making a debut in cans in Spring/Summer 2020.

What Slack Tide says about the beer:

Shore Break is our spin on a classic Saison. We use sweet orange peel and a Belgian yeast to develop a crisp yet sweet flavor profile. Then we dry hop the beer to give it a bit more aroma and citrus flavor. The result is summertime in a glass. Enjoy! 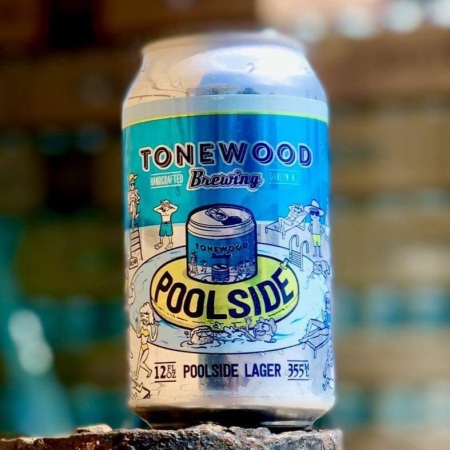 Tonewood has yet to disappoint me, but this is one of their many well-received beers I’ve yet to enjoy. How many times have I referred to a beer as a perfect “poolside” beer? Well, this has been part of Tonewood’s portfolio since they opened. Really, though, the name and label say everything you need to know for a perfect summer beer.

What Tonewood says about the beer:

Mexican Lager – Brewed with Saaz and Tettnanger hops, our Mexican lager yeast drives the flavor of this beer. Crisp and refreshing, the name says it all. 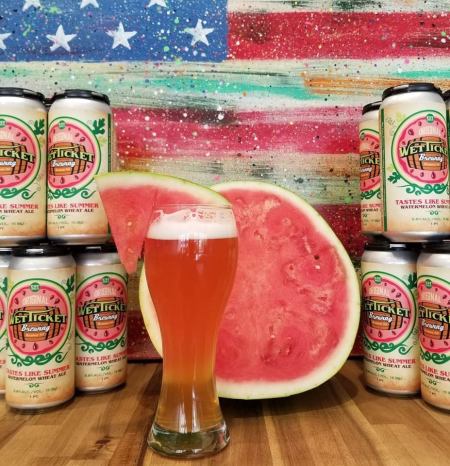 In some ways, I’m a weirdo. I’m about the only person I know who does not like Watermelon. I’ve always found the aroma and taste to be off-putting and overpowering so I’ve always strongly avoided beers with Watermelon. When I visited Wet Ticket about a year ago for a New Jersey Craft Beer night, my mind was changed. I had a glass of this beer and found it to be delicious and a perfect summer beer and wonderfully refreshing. That could be why Wet Ticket also calls this beer “Tastes Like Summer.” This is well worth seeking out

What Wet Ticket says about the beer:

Dominated by the fresh taste and aroma of watermelon, this beer is the perfect summer refresher. We started with a classic American Wheat recipe, then added the juice of 52 watermelons when the primary fermentation was almost complete. The resulting beer is crisp, dry, and will take you back to your favorite summer memories of finishing a backyard barbeque with a slice of watermelon.

What new brews are you hoping to try this summer?