Since I reviewed a Berliner Weissbier earlier in the week (White Birch Raspberry Berliner Weisse), I figured I write about the style in more detail. As the name would imply, the style originated in Germany like many styles of beer, Berlin specifically. As it so happens, the previous two styles upon which I focused originated in Germany, too (Bock and Dunkelweizen). I didn’t quite plan that, but clearly my leanings towards German styles is more evident than ever. Be that as it may, the “Weisse” is a reference to the color of the beer, often a pale white, and not the wheat. When served at breweries in Germany, the Berliner Weissebier is traditionally served with sweet syrup; (and likely still is) Raspberry and Woodruff for Red or Green respectively. Woodruff is a flower extract whose syrup is also used for brandy, jelly and soft drinks. I had a couple at local breweries (Jughandle and Flounder) and both offered Raspberry, as well as Lemon and Elderflower syrups. 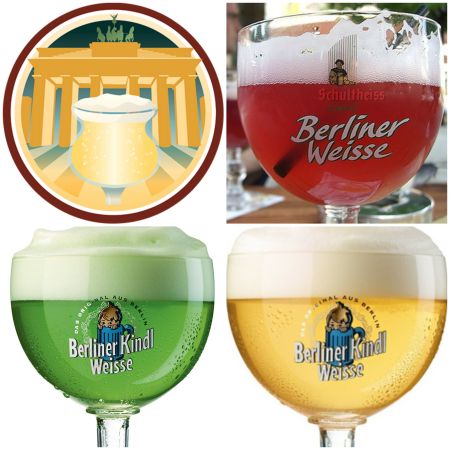 Although some breweries have the beer as part of the year-round portfolio, the beer is a great summer style as evidenced by the seasonal nature of probably the most well-known Berliner Weisses produced in the US, Dogfish Head’s Festina Peche. It is also one of the most long-standing beers in their line-up, appearing annually in the summer since 2007. It has been too long since I’ve had this one, but I could go on about Dogfish for quite a long time. 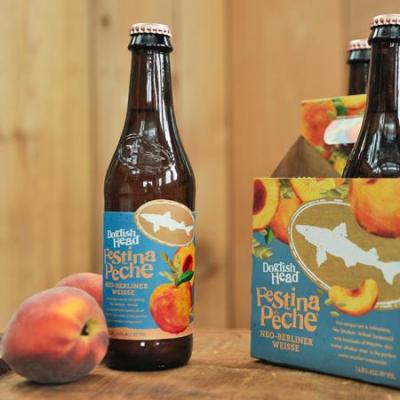 I like to think of the Berliner Weissbier as a cousin to the (currently) more popular and prevalent Gose style ale. As I said in my review this week, both are sour ales with German roots, both have some wheat component in their malt bill and most varieties of both have some kind of fruit additive to balance out the sour and tart nature of the beer. One of the primary differences is that most, if not all, Gose beers have salt added to the brewing process where the Berliner Weisse typically does not have the salt. I like both styles quite a bit, but if I were to hand a person unacquainted with sour beers, or even wary of sour style, one to try, it would definitely be a Berliner Weisse. It is more approachable and less face-puckering than a Gose. 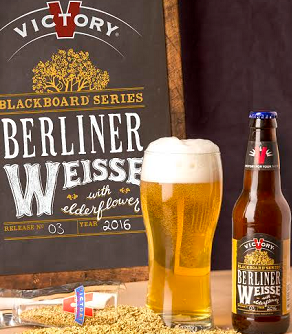 For the Berliner Weissbiers I’ve had and seen in bottles/cans, many have had some kind of fruit syrup/puree flavoring component. A couple of years ago, one of my favorite breweries, Victory Brewing, brewed and bottled a Berliner Weisse as part of their experimental Blackboard series which was brewed with Elderflower. I would love for this to make some kind of return from Victory. One of NJ’s iconic breweries, River Horse, brews a tasty Cherry Berliner Weisse, too. 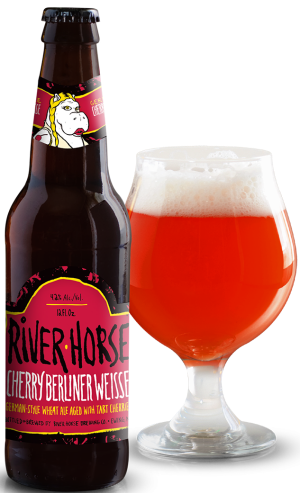 Like the great majority of beer from The Bruery/Bruery Terreux®, this beer is available only in 750ml bottles and draft

Last year and a few weeks ago, I wrote about summer beers and I touched on a couple of Gose beers, but I now realize Berliner Weisse style should have received some attention and at least one slot in the 2018 Summer Sixpack. One of the best-selling and best rated beers over the last couple of years is Dogfish Head’s SeaQuench Ale, a beer lauded for how thirst-quenching it is. Although categorized as a Gose on untappd, SeaQuench happens to be a blend of three German styles including Berliner Weisse.

For a quick reference here is a List Berliner Weissbiers on Beer Advocate and a more exhaustive overview of the style over at All About Beer.

I’ll end it with this – give a Berliner Weisse a try if you happen upon one in your local brewery, see one on draft at your favorite bar/taproom, or if you see one on the shelves of your bottle shop. It is a classic style with much appeal and with an ABV often below 5%, it shouldn’t set you off your rocker too much..