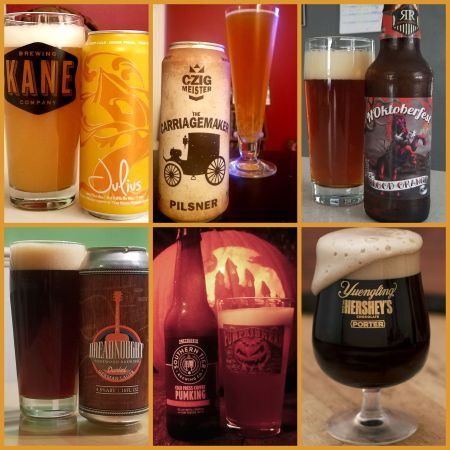 While I had quite a few new to me beers in October, a significant portion of those beers were from Icarus Brewing, which I highlighted earlier in the month. There were still a god swath of new beers that crossed my palate in October 2019, with a less than typical mix of NJ and non-NJ beers. In other words, only 2 New Jersey beers made the six pack this month. On other hand, that visit to Icarus Brewing and meet up the next day with my friend who manages the taproom, resulted in some delicious beers.

The IPA that put Tree House on the beer map. I’ve been fortunate enough to have friends who happen to have some extra Tree House beers, like my neighbor across the street. He was kind enough to give me a can and I am super pleased he did. This beer is quintessential IPA in the New England vein – juicy, tropical, but it still retains a significant traditional hop flavor.

Another month, another Czig Meister beer. I was pleased to see them release a Pilsner in cans, more pleased to grab some, and even more pleased with how the beer tasted. It hit all the notes I want a pilsner to hit – clean, crisp, refreshing with just enough of a hop presence to give the beer a full flavor. 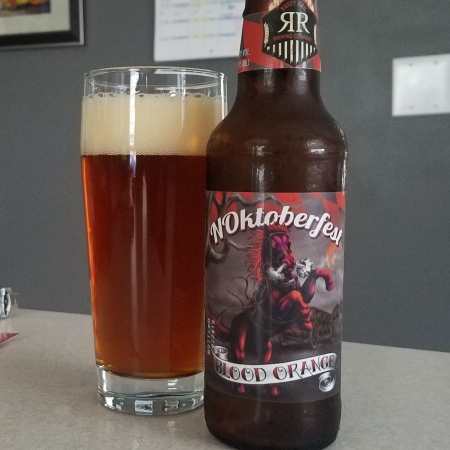 Rusty Rail is one of many Pennsylvania breweries with distribution reach into NJ which has allowed me to enjoy a few of their beers over the years. NOKtoberfest is an interesting “anti-Oktoberfest” that has a little more spice and bit than an Oktoberfest. For starters, the beer is an ale, a Rye Ale, at that, so the style is different. Oktoberfests are typically lagers. Frankly, the only thing “Oktoberfesty” about the beer is the name. Still a good beer, which happens to feature some cool art on the label.

This is only the second beer I’ve had from Tonewood (I reviewed their Freshies Pale Ale earlier in the year) and I’m impressed with this lager. I’ve been seeing more of their beers in the last couple of months so it is nice to see their distribution expanding. This beer is a really nice dark lager, reminiscent of the Dunkel I reviewed from von Trapp earlier in October. Dreadnought has a nice bready, almost pretzel-like, undercurrent. Another beer with cool art on the label. 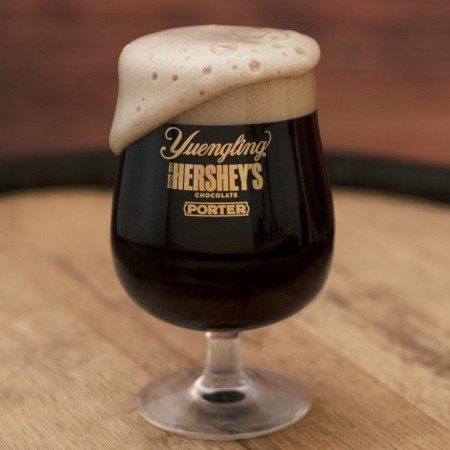 Image courtesy of Yuengling’s web site. Where I had the beer (Hub City Brew House) was too dark for a good photo.

This is the first time I’ve really featured a Yuengling beer here in a monthly six-pack. After all, the largest craft brewery and oldest brewery in America doesn’t often brew new beers. This is a natural match; however – two of the biggest food names in the Commonwealth of Pennsylvania coming together for a delicious beer. As of this writing, the beer is only available on draft, but it is worth seeking. I think Yuengling’s porter is a very under-rated interpretation on the style and this beer builds on that base beer. There’s a delicious chocolate flavor in the beer, but not overpowering by any means. Great stuff.

To say that Southern Tier has a significant presence in the landscape of pumpkin beers is a great understatement. Their main Pumking is iconic take on the style and they’ve got a line of Pumking-adjacent beers. Last year, I reviewed the Rum Barrel version (delicious) so this year, I wanted to give this version a try. I’m glad I did because it puts a natural spin on the pumpkin ale by adding coffee. I’d say the only pumpkin-flavored beverage more popular (or derided) than pumpkin beer in the fall is pumpkin coffee. Be that as it may, I found the blend of coffee and pumpkin spices to be a very pleasant combination.

A couple of beers weren’t that great, including Scarecrow from Free Will Brewing, which is a wheat ale with pumpkin spices. Normally, this is a style I’d enjoy during this time of year, but Scarecrow had a very unpleasant aftertaste. For the first time in a while, a Dogfish Head beer was disappointing, American Beauty, their Grateful Dead pale ale. The bottle was a few months old so that could be why.