Here I am with my monthly six pack, the beers (outside of the feature reviews), I enjoyed the most the previous month. For the first time in probably well over a year or two, this six pack does not include at least half of the beers from NJ breweries. Granted, much of what I enjoyed this month came from NJ breweries as I still had plenty from my Carton trip on New Year’s Day and I made a big Icarus Brewing purchase. Still, a pretty good selection of beers, at least I think.

Let’s crack open the cans and bottles, shall we? 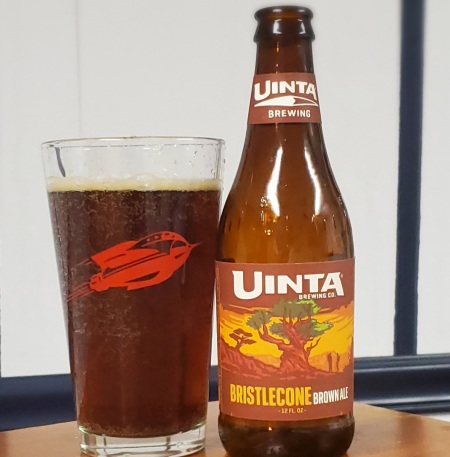 Brown Ales are one of the more overlooked styles, but like any style, when crafted well, can be just as enjoyable and flavorful as any style. Uinta’s take on the style ticks off all of those boxes in a nice way. A solid every-day beer. 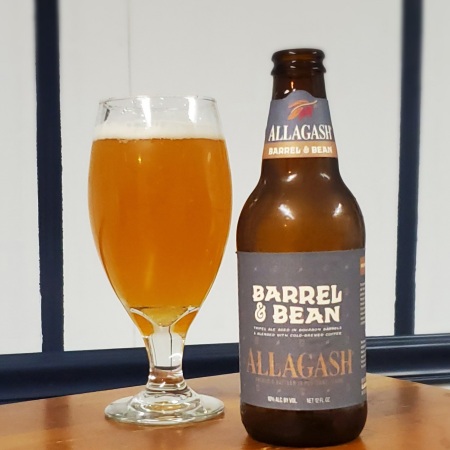 I enjoy Tripels. I enjoy Barrel Aged beers. I enjoy beers brewed with Coffee. I don’t know that I would ever think to have one beer with those three elements, but here we are with Allagash’s Barrel & Bean. Most barrel-aged Tripels I’ve enjoyed have been aged in some kind of wine barrel, but the bourbon elements and coffee work well here. Frankly, Allagash can really do no wrong, so the quality of this beer wasn’t really too much of a surprise to me.

Icarus makes their usual monthly appearance on the Six Pack. Like many breweries, Icarus crafts variants of popular IPAs, this is a variant on their Power Juicer New England IPA featuring Azacca hops. This one is very juicy with citrus elements and an overall great beer, but the original base Power Juicer works just a little better for me. Still, this beer is worth seeking out. 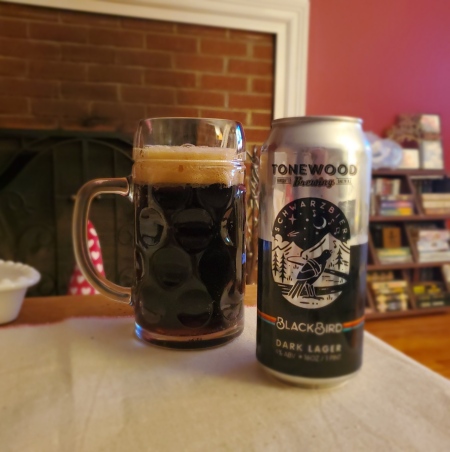 The lagers coming out of Tonewood Brewing are some of the best in NJ, and Blackbird is no exception. This is a Schwarzbier, a very traditional style, dating back to the 1300s! Blackbird is a Dark German Lager with fantastic roasted and sweet elements that are similar to a porter. At 4%ABV, this beer won’t knock you out but is very flavorful. I found that I enjoyed the second can I had the night after the first can even more, maybe because I had a better idea of what to expect from the beer. As lagers have continued to gain popularity/momentum in craft brewing, I’ve been seeing more Schwarzbiers pop up, which is a very good thing.

When the brothers behind Pennsylvania’s Tröegs Independent Brewing release a new year round beer, it is worthy of note. When the beer is as good as Grand Cacao is, it is even more noteworthy. This beer is an outstanding Milk Stout with heavy chocolate overtones making for a nearly perfect dessert beer. This is similar to the Chocolate Stout released in the Most Wonderful Beer of the Year variety pack in 2018, but maybe amped up more. This beer may have begun as one of Tröegs’s Scratch beers, but I’m very happy this is now a year-round offering. Grand Cacao has immediately become a top Milk Stout for me.

Timber Ales has been contract brewing small batches, I reviewed one their beers (Cosm of Darkness) a few months back and wanted to try another beer from them. To say I was pleased with this beer is an understatement… this is in the top tier of Coffee Stouts I’ve ever had, especially of the non-barrel-aged variety. What makes this beer so damned good is the simplicity – nothing fancy, just one adjunct in the form of the coffee, but it is outstanding. Even moreso as the beer warmed a little bit and the flavors had a chance to breathe. Worth seeking out.

No real clunkers like last month, but also not quite as many new to me beers this month either.