“An outstanding Imperial Stout crafted with multiple adjuncts that is a bounty of flavor.” 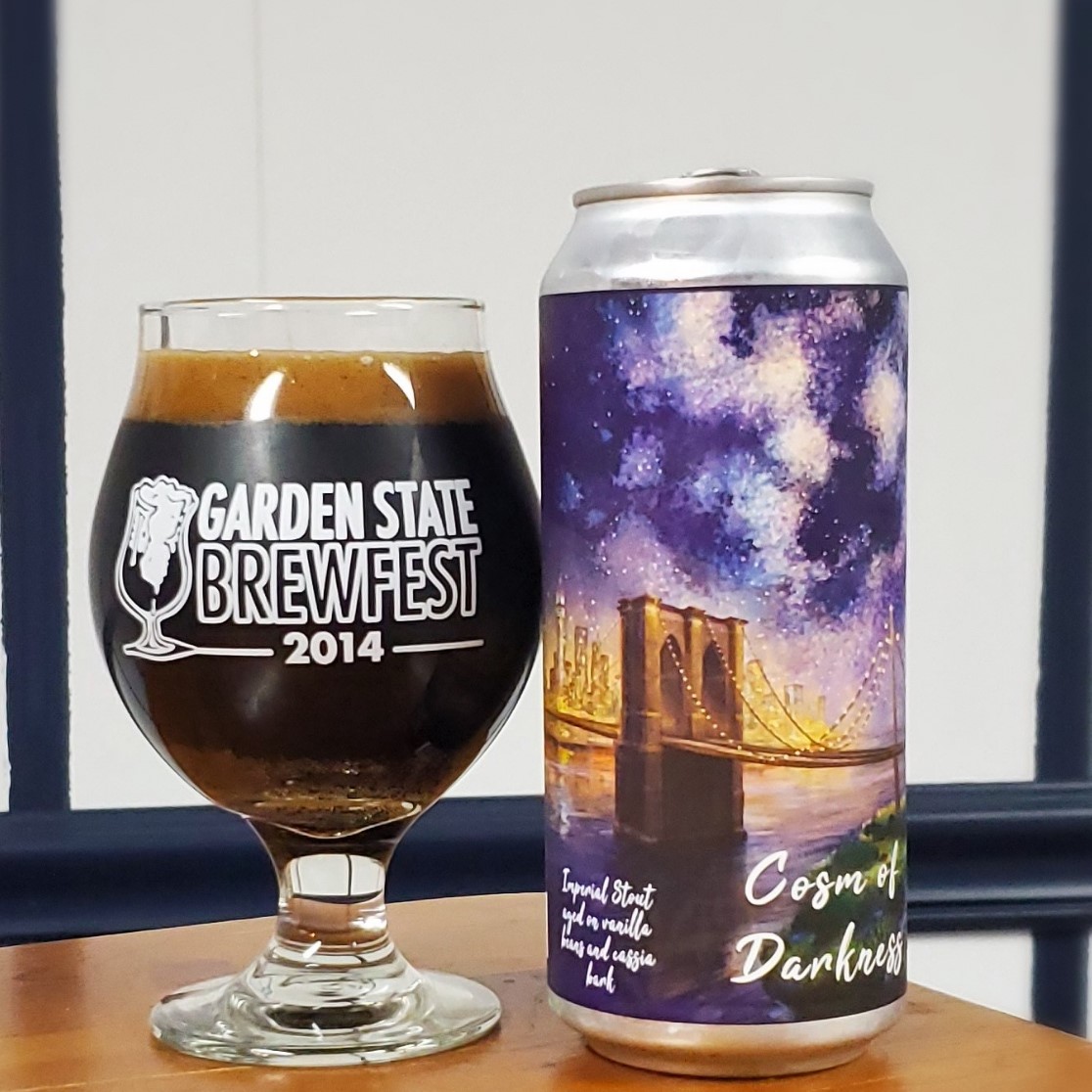 From the untappd description of the beer:

Cosm of Darkness is an Imperial Stout brewed in collaboration with our friends from The Eighth State Brewing Company. This beer has been aged on Ugandan vanilla beans and cassia bark before being canned for your enjoyment.

Few beers are as welcome on a cool evening as a big, bold stout. Timber Ales is a relatively new brewing company, a contract brewer at that, but they have burst out of the gates with big stouts/barrel-aged stouts and barleywines/barrel-aged barleywines, as well as the requisite IPAs. One of my local shops had a single of this beer for sale and based on hearing Jason Stein on Al Gattullo’s Craft Beer Podcast, I had to give a beer from Timber Ales a try.

Pouring the beer into the glass, all I see is darkness and I like it. As the head forms, there’s a hint brownish red, which is a slightly different tone than a typical stout. Aroma from the beer hints at the vanilla the can indicates is in the beer. This looks to be, and has the aroma of, everything I want in a big Imperial Stout.

There’s something else to the beer at the outset lending additional layers to the look and aroma. I assume it is the cassia bark. Before having this beer, I never heard of cassia bark. A quick google search educated me – it is essentially a form of cinnamon. In theory, cinnamon and vanilla pair very nicely together. In practice, in the form of this beer…oh hell yeah.

First sip is of roasted malts with hints of vanilla with the cassia bark shining through. Those three elements are the basis of the flavor of the beer and they all play together perfectly, with the cassia bark perhaps being the star of the trio. It is definitely cinnamon, but unlike cinnamon I’ve had in the past. Especially cinnamon in beer.

Like all big beers (and this is a gigantic beer at 12%), the flavors emerge to a greater, and more delicious degree, as the beer settles from the cold of the fridge to room temperature. Again, as the beer warms, the cassia bark is what is most prominent to me as a lovely compliment to the roasted malts and vanilla.

Jason, I believe, began as a homebrewer and has since partnered with Twelve Percent Beer Project in Connecticut where all of Timber Ales are brewed. Seems like a great partnership, at least based on this beer.

Cosm of Darkness is an outstanding Imperial Stout that is a great beer to enjoy over the course of an hour or so. Based on this beer, I’ll be seeking out more beer from Timber Ales.

Beyond a Shadow of a Stout (Level 65)