“A delicious, potent, and flavorful stout brewed for a great, noble cause.” 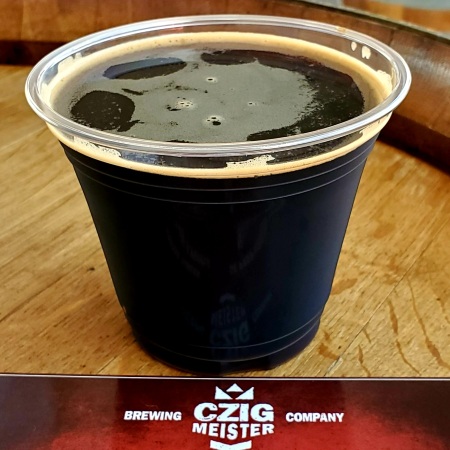 Black is Beautiful is a beer initiative started by Weathered Souls Brewing in San Antonio to show our solidarity in the ongoing movement against the injustices people of color face daily. We will be donating proceeds to the ACLU NJ. This collaboration is a way for us to help not only our local community, but to use our voice and do a part in our ongoing goal toward liberty & justice for ALL.

Earlier this year, Weathered Souls Brewing out of San Antonio launched a worldwide collaborative stout, Black is Beautiful, an imperial stout recipe to be shared with other brewers. Marcus Baskerville, founder and head brewer of Weathered Souls asked participating breweries to do the following:

I think those are pretty fair requests. I know if I had a brewery, I’d be making my own version of Black is Beautiful.

As of this post going live, 31 breweries in NJ are participating, about one third of all the breweries in the State. Many of these breweries are doing a limited run, making the beer available only at the brewery on draft, with limited canning runs, or like Czig Meister, in crowlers. I’ve been wanting to try one from NJ since I heard about it because (1) Beer for a good cause is a great idea and (2) I love stouts. Unfortunately, not many breweries in NJ (thus far) have canned and or put their version in distribution. Fortunately, a friend from work lives near Czig Meister, so when we decided to meet up at their awesome outdoor biergarten for some socially distanced beer consumption, I knew I was going to try this beer.

Since the beer is an Imperial Stout clocking in at 10% ABV, I can understand why this beer was only offered in 8oz pours. That 8oz pour; however, is full of flavor.

As you can see in the picture at the top of this post, this is a very dark beer. Aromas of roasted malt and some chocolate are present. I didn’t initially realize hazelnut was used in this beer until I tasted the beer then read the description so I imagine that other aroma I caught was indeed the hazelnut.

First sip test…the beer passes with flying colors. Damn is this a delicious stout! There’s a ton of sweetness, but not cloying at all, at the start of the beer. The chocolate begins to assert itself as I continue to enjoy the beer. I really like the spin that Czig Meister put on the recipe with the hazelnut and chocolate. The blend of flavors from the roasted malts and chocolate make for a sumptuous beer. The hazelnut sneaks in and cuts the bitterness at the end in a nice way and brings a great level of balance to the beer.

This is a wonderful, delicious dessert stout but I wouldn’t say it is super sweet like a big pastry stout, which I appreciate. However, the chocolate and hazelnut bring a very welcome flavor boost and sweetness into a big, burly stout. Achieving a good balance between sweetness and bitterness, especially for an Imperial Stout is mark of a good brewer and Czig Meister has achieved that balance extremely well.

The Czig Meister version of Black is Beautiful is a superb stout. What’s more, it is a beer for a really good cause. I’ve long been a fan of Czig Meister so I had pretty high expectations for this beer and it delivered. I now want to see what other breweries are doing with what is a solid, base stout.