April closes out, thank goodness. It was not a fun month with travel I had and awful weather. But, there were some good beers for sure. Deciding on a final six-pack for the month was tough because April started out strongly with a few classics I hadn’t previously enjoyed. In fact, a good portion of the highlight beers for me for April can be considered Craft Beer Classics. 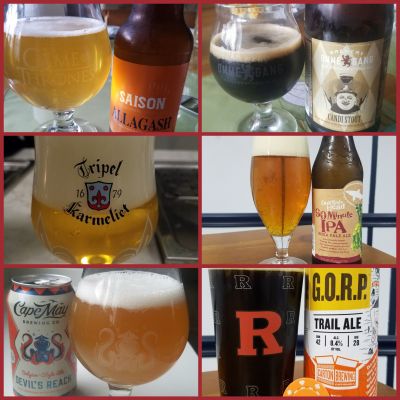 There are some definite Belgian leanings in this month’s six pack, whether a brewery from Belgium, American breweries known for Belgian-inspired ales, or a great, modern interpretation of a Belgian classic.  Let’s start with the most Belgian of American breweries… 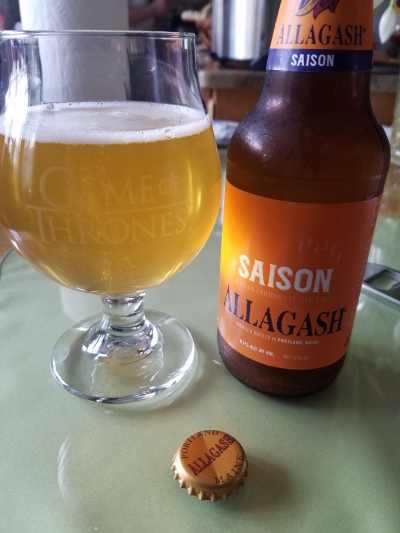 Allagash has built a great reputation on brewing American interpretations of classic Belgian ales and few are more classic than a Saison. As it has turned out, the last few years I’ve been enjoying a different Saison on Easter Sunday. This was the perfect beer for Easter Sunday and a nice prelude to brunch. Light, sweet and well-rounded, I’ll be returning to this one in the future, for sure. 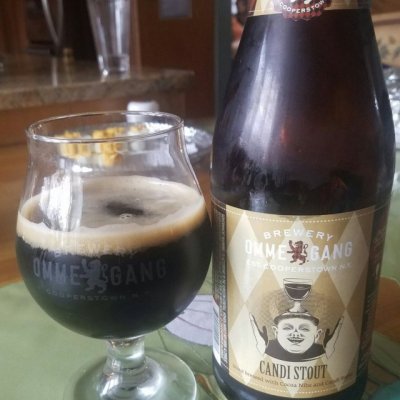 The other American brewery who built their reputation on Belgian inspired ales is Cooperstown, NY’s Brewery Ommegang. I enjoy much of their output, but when they stray too much from their wheelhouse – like this stout (or their Nirvana IPA) – then the results are mixed. I guess I get what they were aiming for with this beer, unfortunately, it didn’t work for me. 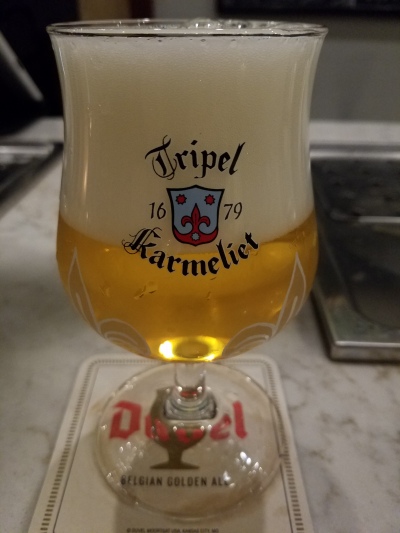 This ale is an absolute world-class, and classic, beer. I loved the sweetness and overall flavor profile with the magic produced by Belgian yeast. Although I would likely enjoy this beer *anywhere*, enjoying it on draught in a bar that serves only Belgian beer (25 on tap, 50 in bottles) didn’t hurt the experience. I had this on my business trip in the Austin, TX bar Mort Subite. I’ll likely need to go to Austin again for business and I’ll be hitting up Mort again. 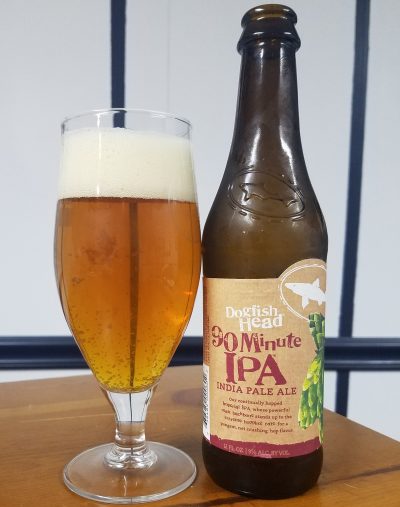 Why did it take me so long to come around to IPAs!?!

I’m all in on IPAs now and found one that can be a steady go-to, the beer Esquire Magazine once called “the best IPA in America.” Perfect, absolutely perfect balance of malt and hops, with a pleasant hop bite and great hit of citrus sweetness. The reputation is well-earned because this beer does EVERYTHING a perfectly crafted IPA should do: it is true to style, innovative, and just plain delicious. 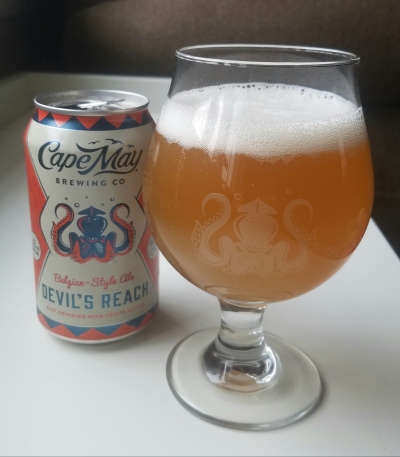 Cape May Brewing Company, the 2nd Largest NJ Craft Brewery, has a great reputation, they brew across the board, with a somewhat greater focus on IPAs. But this beer? This beer is outstanding, a delicious, sweet explosion of flavor that is deceptively high in ABV (8.6%) but so easy drinking. In some of my reviews I mention “an iconic shelf of NJ Beers” and I would definitely make room for this one. Not many NJ breweries make a “Belgian Strong Golden Ale” (as far as I know) so there honestly isn’t too much competition in the State for this style. Regardless, this is an absolute stand-out ale. 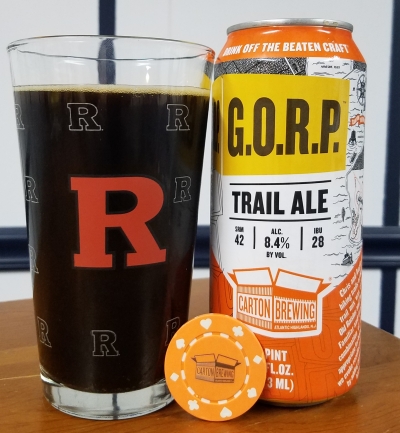 I’ve professed my enjoyment of Carton’s beers often on this blog. The fact that some of Carton’s long-time brews are now hitting distribution in cans pleases me immensely. Especially when I’ve been wanting to try Good Old Raisins and Peanuts for a couple of years now and the beer largely lived up to what I was hoping it would be. The quality I was expecting because the Carton logo is on the can, but the flavors were a little less expected. Some beers that have peanuts or peanut butter can be too cloying in the PB sweetness. Here with G.O.R.P.; however, the sweetness of the raisins and roasted peanuts come together deliciously on the finish, especially as the beer warms a bit.

Honorable mention to an annual April Favorite: Founders Kentucky Breakfast Stout. This is a beer that absolutely lives up to its reputation and the 2018 vintage is outstanding.