A malt-forward, sweet, sipping ale with a nice hop finish 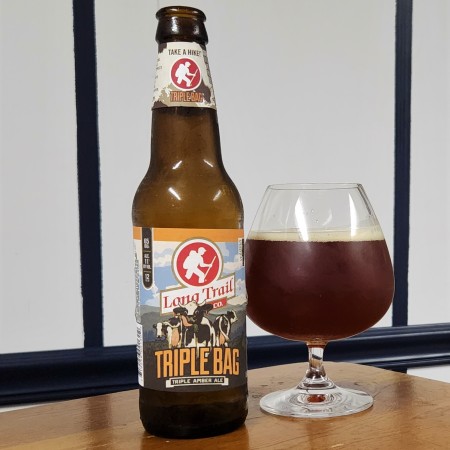 From Long Trail’s landing page for the beer:

Triple Bag is a small-batch beer brewed from a single infusion that uses only the first running of the mash. The resulting brew contains only the purest part of the grains, which yields a uniquely rich, dense flavor.

At 11% ABV, this brew is an example of brewing purity that is rarely experience by those other than brewers themselves.

Long Trail Brewing is one of the legacy craft brewers in Vermont. For many years, their beers were in constant rotation in my fridge and coolers. Their Blackbeary Wheat was a summer staple, I’d often grab their “Survival Pack” variety pack in the summer for poolside sipping. One of their elusive beers was this one, Triple Bag a “bigger” version of their flagship, Long Trail Ale, maybe the only flagship from a larger “craft” brewery that happens to be an Altbier.

A friend introduced me to this beer over a decade ago and that was the last time I had this particular weighty brew so it is with a bit of excitement, a bit of trepidation, that I open the bottle and pour it into my glass.

This beer doesn’t have a stand-out aroma, but there’s some element of roasted malt on the nose. The beer pours a deep amber, bordering on brown with a thin khaki head. It almost looks like a Barleywine, one that hasn’t sat in barrels.

First sip…the malts in the aroma follow through on the taste. There’s a sweet, fruit-like undertone in the body of the beer I find quite pleasing. The malt also evokes elements of toffee, lending an additional element of sweetness to the beer. Again, a pleasing element. The finish comes through quite strongly with the hop character. There’s a punch of aggressive hops that balances out the sweetness in the “middle” of the beer for me.

As I mentioned earlier, Triple Bag is a beer that has an interesting spot on my “internal” beer shelves. What surprised me the most is how aggressive the hops are in this beer. Ten years ago, I wasn’t as appreciative of a highly hopped beer as I am today so I’m a little surprised that my memories of the beer as as strong and positive as they are given the strong hop presence. Not that 65 IBU is overly hopped, but a level on par with an Imperial Stout or a Barleywine.

Speaking of Barleywine…the beer that this reminds me of the most, and I may be called crazy for this, is Sierra Nevada’s Bigfoot Barleywine. The color is quite similar the progression of flavors may even be parallel to each other. That said, there’s a more pronounced fruit/toffee element in Triple Bag. This is a beer to age, I had one from the four pack, but I think I’ll hold off on popping open more until at least a year passes.

This was a fun beer to revisit, it didn’t align with what I remembered it to be, but that isn’t a bad thing at all..

From the beer’s description on Bell’s Brewery landing page for the beer:

The beer that helped build our brewery; Bell’s Amber Ale features both toasted and sweet caramel notes from carefully selected malts, balanced with herbal and citrus hop aromas. Capped by a clean bitterness, it’s incredibly versatile with food, but very tasty on its own.

Bell’s Brewery, Michigan’s largest independent Craft Brewery, has finally arrived in New Jersey and many of the State’s residents (including myself) are quite excited. Their Two Hearted IPA, which I tried and loved earlier in the year, is rightfully one of the most renowned IPAs in the country. I reviewed Oberon Ale last year, so I decided to celebrate Bell’s arrival with a second review of one of their beers and went with the beer they peg as their foundational ale Amber Ale

Amber Ales are one of those staple styles that don’t get much attention especially compared the hottest DDH IPA or Barrel Aged Stout, but seem to be part of almost every brewery’s profile. Hell, two of the most widely available craft beers in the country are New Belgium’s Fat Tire (Amber Ale) and Yuengling’s Lager (an Amber Lager). Often not quite as hoppy as an IPA, but with a similar, though less aggressive hop profile, Amber Ales are good everyday ales and perfect starter, approachable or “entry” ales for folks looking for more flavorful than the  “Adjunct Lagers” produced by Big Beer. Bell’s Amber Ale fits that bill perfectly.

Not too much of a distinctive aroma rises from the beer poured into the glass. The color is indeed Amber and if I were to guess what the beer is without knowing, I’d probably guess one of the two beers I mentioned in the first paragraph – Yuengling Lager or New Belgium Fat Tire.

The beer tastes…really good. There’s nothing flashy about the beer, but that’s fine. There are pleasing hop notes with a very nice level of maltiness to give the beer some substance. Between the roast and the malt, there’s a bit of caramel to the taste, too. The ale is very drinkable, relatively thirst-quenching and just overall, what you’d want in a flavorful beer.

I had a second bottle a couple of nights later and I liked it even more. I’ll admit that I was anxious to try a beer from Bell’s I hadn’t previously tasted and probably didn’t let the six pack sit in the fridge long enough. The beer is approachable enough that it will complement most meals and not overpower what you’re eating the way big, roasty stout might or a hoppy double IPA could. For me, this is a great beer to have with your pizza and for me that means having the beer available in my fridge very regularly since I have pizza every Friday night.

If you want to bring something to a party where many people with mixed tastes will be attending, Bell’s Amber Ale would be perfect – an ale that strikes a great balance for those who are wary of “Craft Beer” and those like myself who appreciate flavorful Craft beer from Independent Breweries. 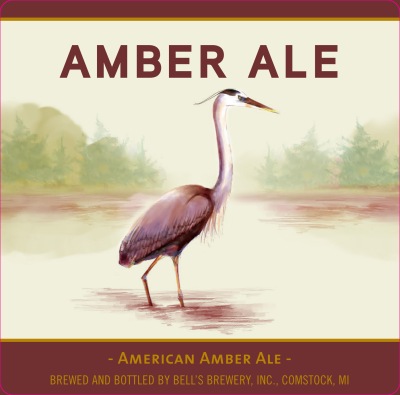