The Ides of March…have passed and I’ve assembled my March 2021 Six Pack. For the first time in a very long time (maybe ever), all the beers here are from NJ breweries. I didn’t necessarily plan that, but I’m not upset about it either, because there’s some really good beers here. Mostly from the usual suspects and frequent breweries, but one brewery I haven’t mentioned in a very long time (years).

Yet again, the folks at Icarus make a beer that I need to talk about. This beer makes two consecutive months with a Schwarzbier and damn if this isn’t an outstanding take on the style. Extremely flavorful with elements of sweet malt, hints of smoke, and the nice crisp lager finish. This could be an all-day drinker for me. 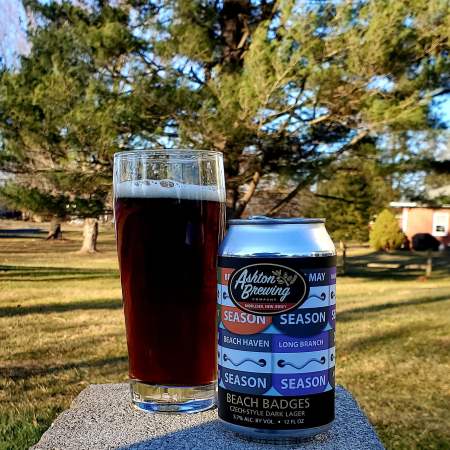 Another dark lager? Yes! Apparently, over the last few months I’ve really been taken with dark lagers, as the posts on this blog may attest. Ashton’s take on the Czech Dark Lager is fantastic, which isn’t surprising given the quality of the lagers I’ve had from them. This beer has a sweet breadiness, I’d almost say toasted, fluffy, buttered pumpernickel bread not unlike Kane’s Hollow Sea which made a Six Pack appearance in November 2020. As soon as I learned of this beer, I had to have it and I’m damned glad I picked up a six pack.

For St. Patrick’s Day, Kane releases Port Omna, their take on the Irish Dry Stout (which I’ve enjoyed in the past), they also release some variants. I grabbed two of the variants and this one was not just the better one (not that the other was bad), but it quickly climbed the list of my top barrel-aged beers. Granted this beer is a blend of milk stout and Barrel-Aged stout, but it is truly divine, with hints of maple syrup, coffee, and chocolate. 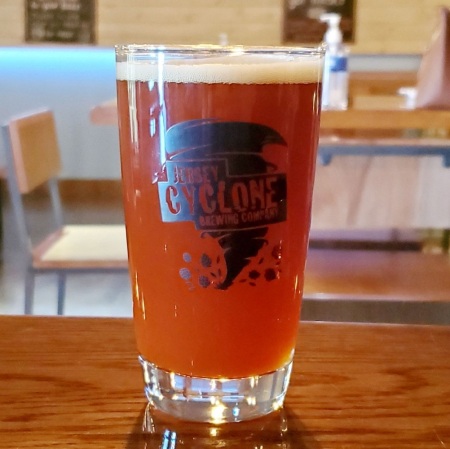 A trip to Jersey Cyclone led me to this beer, a really nice barleywine with hints of sweet toffee intermingled with the strong hop presence. This beer reminds me of Sierra Nevada’s iconinc Bigfoot Barelywine, but with a more mellow hop presence, which is fine by me. In talking with owner Jan, he hinted that there might be some of this beer sitting in bourbon barrels for a future release. Sign me up for a bottle now, please!

When Carton Brewing expanded their production facility, it coincided with more lagers, specifically Pilsners. Augie and his crew have been brewing regional takes on the style, with the Whip American Pilsner as the base, they’ve brewed and canned an Italian, Czech, and now this German Pilsner which is just great. There’s a slight slap of hops on the end that reminds me of Victory’s Prima Pilsner which is not a bad thing by any means.

It has been quite a long time since a beer from Cypress Brewing made an appearance (December 2018), but this one was worth mentioning. This beer, as the name implies, is Cypress’s take on what a French Toast inspired beer might taste like and this beer mostly succeeds. I like the maple and cinnamon, but I’ve come to realize I don’t care for nutmeg. Aside from how thin the beer was, it was quite good.

So there you have it, a really good selection of beers this month. There were a few clunkers, too, but they weren’t offensive enough to mention.