Social Distancing continues through May and so does the focus on NJ / Local Breweries. Two of the beers in this post are from a brewery who had a beer as a featured review over the past month, which is something I’ve tried avoid. I have mostly been able be a little more robust in my selections for two reasons: (1) I didn’t usually limit my purchases to just New Jersey and (2) I’ve also returned to some old favorites over the past month, so there weren’t as many new beers this past month compared to previous months. Enough with the reasons, here are the beers

This was the other beer I picked up on my visit to Spellbound during the first weekend of the month. This is a straight-forward, malty, and roasty porter. I liked the chocolate hints and especially the coffee finish; the beer does exactly what a porter should do. This beer serves as the base porter for Spellbound’s outstanding, award winning Porter Aged on Palo Santo Wood.

Conclave has been doing curbside crowler releases (and quickly selling out) for much of the pandemic, this one is the first opportunity I’ve had to enjoy one of those releases. I haven’t had a Cascadian Dark Ale in a very long time but this one really took me by surprise. It doesn’t look like an IPA, but the hops evoke a tropical flavor that works really nicely with the roasted malt. This is a standout beer for sure. 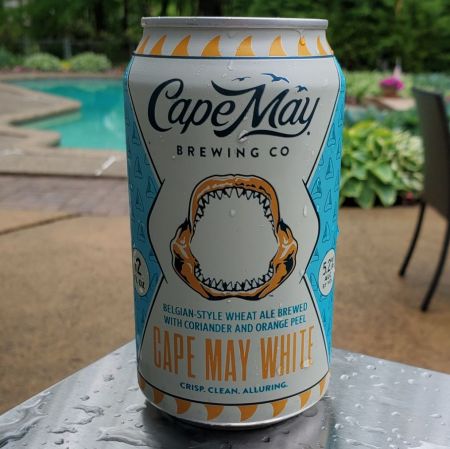 Cape May had a summer witbier in their lineup for a few years which was OK. This year they removed that beer and added White as a year-round beer, but it works so well for the summer. This is basically Cape May’s take on a Witbier, and per CMBC, White has more wheat and less hops and that combination for me works a lot better than Summer Catch did. White compares favorably to Kane’s Cloud Cover (reviewed earlier in the month) and the standard, Allagash White. In other words, it is an excellent Belgian Style Witbier. 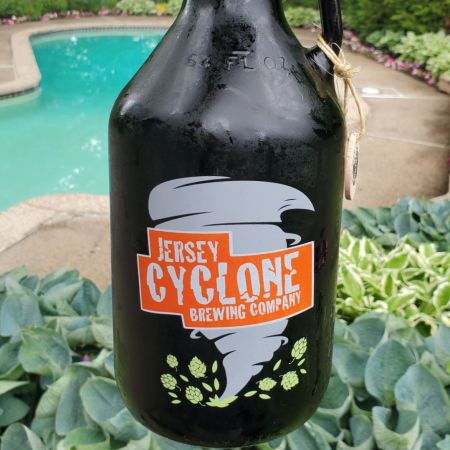 Yeah, yeah I know I have two beers in this six pack from breweries already in a feature review this month. Snowtober is one of the launch beers from Jersey Cyclone and is a superb milk porter, with additions of coffee and vanilla to embolden the flavor even more. I found the beer to be incredibly smooth with a very nice roasty and sweet finish. For their first anniversary, Jersey Cyclone let some Snowtober sit in barrels. I thought that was good, too, even if it was a little too bourbony.

Monkey Chased the Weasel has long been a part of Carton’s portfolio, I see untapped checkins going back to 2014, but this is the first time I had it. This is a mildly sour/tart ale, but the flavor is really nice making for a perfect, refreshing beer for the summer. I can’t say I’ve had a mulberry and only know of it from the song to which this beer pays homage, but I assume the pleasant sweetness comes from that berry. Bottom line: this is a great take on the Berliner Weisse.

This is the third major take on a New England IPA from Flying Fish and it is a spot on interpretation. I’ve only had Jersey Juice but I found this one to be closer to style and more flavorful. The beer has all the juicy/tropical elements typically associated with the style along with a noticeable bite of hops on the finish.

Some good stuff, but not much more variety of breweries for May 2020. I will call out one beer I had that wasn’t so great – Brewberry which is a blueberry coffee stout collaboration between Cape May Brewing and Night Shift Brewing in MA. I got almost no coffee notes and all tart blueberry notes. Brewberry was the only beer from Cape May that I flat out didn’t like.