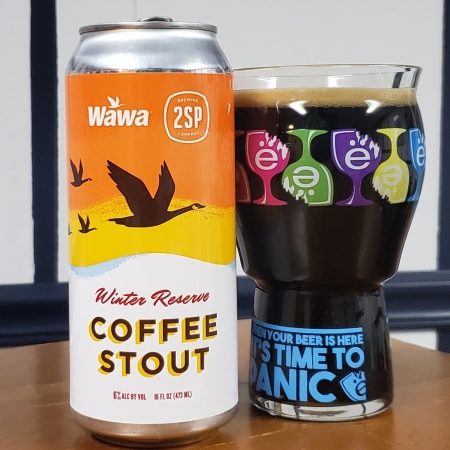 From the 2SP’s page for the beer:

Working with Wawa’s own coffee wizard, Michael McLaughlin, we brewed a oatmeal stout and steeped it with Wawa’s Reserve Winter Blend Coffee, an exclusive handpicked roast that has flavors of sweet clove, dark chocolate, and graham crackers. Our brewer, Bob Barrar who, like Wawa, is a Delaware County native, and has won over 30 Great American Beer Fest Medals and 11 World Beer Cups, chose to brew an oatmeal stout because of its balanced sweetness that will showcase the full range of flavors from the Reserve Blend.

Just about everybody in the Northeast/Mid-Atlantic region (PA/NJ/DE/VA specifically) of the United States knows Wawa. The store is a cultural icon and staple of the greater Philadelphia region, South Jersey and even Central Jersey. For those not in the know, nationally, think 7-11, but much, much better. I grew up in North Jersey where there weren’t many Wawas but once I moved a little south to Middlesex, then Somerset County, there were plenty of Wawas near me and I’ve been getting their doughnuts, breakfast sandwiches, and most importantly and relevant to this review, their coffee since. So when 2SP announced they were brewing a Coffee Stout with Wawa coffee last year, I wanted some. Demand was high and I didn’t get any. Well, they saw how popular the beer was and brewed more (and different varieties) for Winter 2019, which brings me to this beer.

So…the beer. Pop of the can and it pours a nice black into the glass. There’s a thin khaki/tan head to the beer that dissipates fairly quickly. In terms of aroma, I’m introduced to a beer with mild hints of coffee, but it mostly smells like I’d expect a stout to smell. No complaints there.

My second introduction to the beer, the taste, is quite pleasing. I get ample stout flavors – roasted malts, smoothness from the oatmeal. There’s definite coffee flavors, too, but not overpowering. Mild spiciness akin to the cloves mentioned in the description, maybe a little bit of nutmeg? The short of it – I like what I’m tasting. 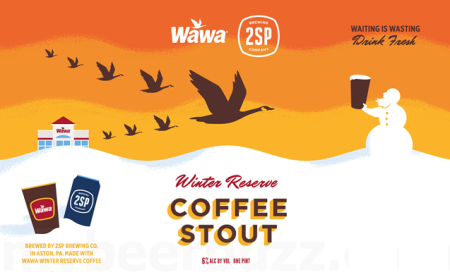 Image courtesy of MyBeerBuzz via untappd

First things first, this is tasty, well-made beer. Nothing else about the beer would work unless the base beer – a smooth and tasty Oatmeal Stout – wasn’t well-crafted. I typically have strayed away from flavored coffee over the past few years, aside from throwing a few dashes of cinnamon in the coffee I brew at home, so I was a tad nervous that flavored coffee could potentially sway my experience. Well….the coffee element, and the flavored elements in that coffee, of the beer is really nice, not overpowering and the beer has a good finish. I suspect the oatmeal and graham cracker flavors of the coffee help to give the overall profile of the beer a harmonious balance of flavors.

Wawa has such a loyal customer base and beer drinkers and coffee drinkers overlap quite strongly, that this beer could be seen as a novelty beer that would sell regardless of quality. Fortunately, the beer is pretty damned tasty. Bob Barrar, the head brewer at 2SP has a great reputation, has won several awards and that quality of craftsmanship shows in every drop of this beer. Put simply, this is very good beer.

Oat of this World (Level 7) 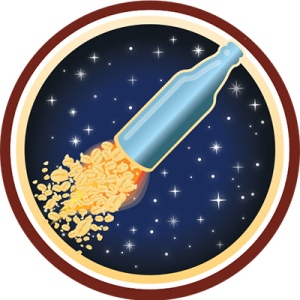 This velvety smooth, roasty style will take your taste buds to another planet. Oatmeal isn’t just for breakfast anymore. That’s 35 different beers with the style of Stout – Oatmeal or Stout – Imperial Oatmeal. Try 5 more for Level 8! 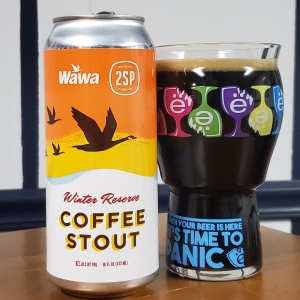