“The second beer in Tröegs’s Tart & Fruit Series is fantastic, a beer whose component ingredients are in nearly perfect harmony with each other.”

From Tröegs’s page for the beer:

Tart red raspberries are the star of this refreshing show. A first fermentation with lactobacillus gives this beer its pucker, while a second pass with our house ale yeast produces soft, fruity esters. A hint of Himalayan pink salt amplifies the flavor of tart raspberry jam, and coriander adds delicate notes of wildflowers.

Tröegs gets quite a lot of love here on the Tap Takeover, a personal top 4 brewery in 2018 plus fairly frequent appearances in my monthly Six Packs. However, it has been almost two years since I reviewed one of their beers. This past year; however, Tröegs started a new beer series in the same way they have a Hop Cycle for their quarterly/seasonal IPA. This new series is their take on Goses and Gose-adjacent beers, the Tart & Fruit Series. 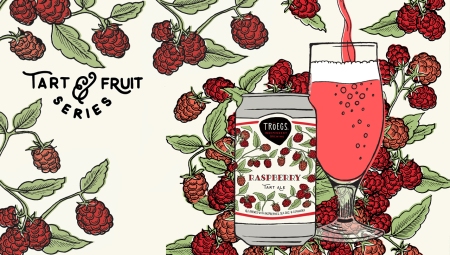 Popping open the can, I get a whiff of raspberry and some of the tartness resulting from the lactobacillus. The picture above doesn’t do justice to the reddish hue coming off the beer. Since pictures can’t convey smell, either, you can’t smell sweet and tart aroma from the raspberries.

I taste raspberries immediately, but not an overpowering assault on the senses. Sometimes raspberries can do that and dominate whatever thing they are in, be it dessert, beer, or any food. While definitely a dominant flavor component, other elements of the beer do come to the fore.

The description calls out coriander and the flavor of wildflower, maybe that sweetness balances out the tartness of the raspberries and the lactobacillus but they weren’t distinct flavor components in and of themselves.

The finish of the beer has the characteristic salinity for which Goses are known, and probably the component I liked best. Don’t get me wrong, I liked the raspberries and they are the star of the show here, but the “Himalayan Pink Sea Salt” is the ingredient that brings the beer home and gives it that pleasant Gose characteristic.

This Raspberry Tart Ale was part of a seasonal mix pack for the summer, Greetings From Tröegs (15 beers comprised of 3 cans of 5 varieties), along with a Helles Lager I’ve been wanting to try for more than a year, but the beer is also available in six packs. I can see myself getting a sixer of this and trying to track down the first beer in this series, the Boysenberry Tart Ale.

I haven’t had as many Goses as other styles that I like this much (i.e. Bocks, Stouts, etc), but this one – Raspberry Tart Ale from Tröegs – definitely ranks near the top of not just the recent Goses I’ve had, but all of them. It is a reminder that I need to go for the style more often because the style is super refreshing and has several enjoyable flavor elements – sweet, tart, salty, and beer. Tröegs has shown expertise with several styles, IPAs, of course, as well as darker beers, barrel-aged wild beers and now Gose.

What Gose Round (Level 5)

First brewed in the early 16th century, this peculiar flavored beer has made quite the come back. With a tart, salty combination, your taste buds are probably still tingling… and excited for more! 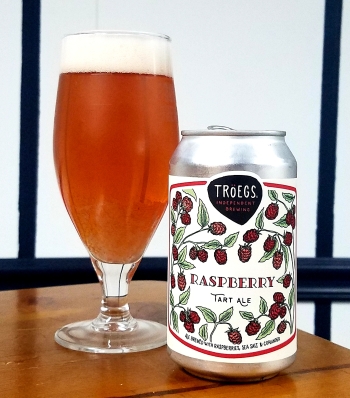