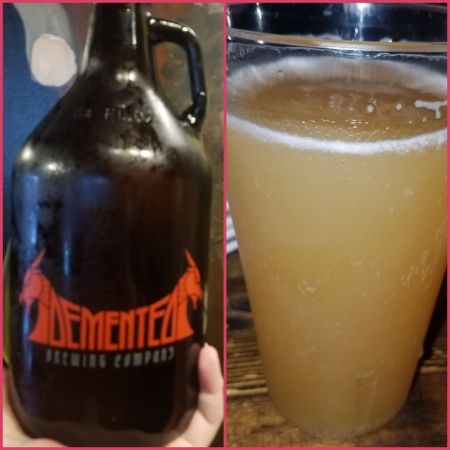 Named after a volcano in New Zealand, this beer packs an eruption of flavors without melting your palate. Expect fresh crushed citrus and tropical fruit in the nose, with no bitterness on the finish.

Here we are a year later with coming full circle back to Demented Brewing for a beer review a year after the first “pour” from The Tap Takeover. Now that I’ve come to enjoy IPAs, I wanted to dive into more brews from Demented Brewing, since some of their more highly regarded brews are their IPAs. My wife and I were having dinner with friends and family at a BYOB place before a concert, so I stopped in at Demented which is very close to my brother-in-law’s house. Their flagship IPA, Dementia is an IPA I liked before I really started to enjoy IPAs and Gallows Hill is a nice New England style IPA. But what about Silent? Well, read on.

I gave this a quick sampling before having the growler filled up and I knew it would be right up my alley from that little sip. Once I poured the beer out of the growler into the cup a couple of hours later, I could tell this was a juicy beer despite the dim light of the noodle house where I consumed the beer. It poured thick and hazy and I was excited to take that first sip.

A quick whiff of the aroma of the beer is hoppy and a little citrusy, but altogether inviting especially coupled with the look of the beer. Hops are strong, and citrusy hops at that. I wasn’t sure which hops were used in this beer when I was drinking the beer, but I guessed by the fact that the beer’s name is a nod to a volcano in New Zealand, a hop from New Zealand was used. After checking Demented Brewing’s Instagram just before posting this review, I learned that Silent is a single hop beer and yup, it is Motueka, one of the more citrusy hops from New Zealand.

Although I do appreciate beers with blend of hops, single-hopped IPAs (like Bell’s delicious Two Hearted Ale which is hopped only with Centennial Hops) really allows the single hop to shine. Here with Silent, the single hop of Motueka shines in all its citrusy glory. The short of all that is this: Silent is a juicy IPA that should please folks who like their IPAs on the hazy/juicy side of life.

Here’s a testament to how good this beer is, between three people the growler was finished in less than a half hour; and one of those consuming the beer isn’t even a fan of IPAs. Granted, I probably downed half of the growler myself, but still, the other two people sharing the growler were eager to have their cups refilled. The beer was delicious and wonderfully complemented the gigantic bowl of pork ramen I enjoyed for dinner.

Sorry demon cyclops, that’s MY growler of Silent. You can’t have any of it. 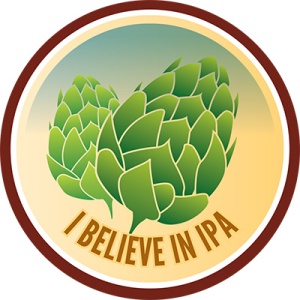 We believe in IPA and you should too. You certainly have a taste for the hops! That’s 105 different IPAs.