Now for a seasonally appropriate review of a variety pack of pumpkin beers less than a week before Hallowe’en, the O’Fallon Pumpkin Pack.

O’Fallon Brewery, based in Missouri, has been crafting ales and lagers since 2000 including their regionally popular Pumpkin Beer. Unfortunately, only select beers of their output are distributed here in NJ, although I recall seeing their pumpkin beers last year and I did pick up a bomb of their Imperial Stout earlier in the year. Two particular beers in  this “Pumpkin Patch” pushed me to get the variety pack, the Jack O’Latte Milk Stout and Pumpkin Bread Dunkelweizen. So, how did the whole variety pack fare? Like most variety packs some beers were, of course, better than others, but not in ways that I expected. I’ll give a mini-review of each below leading up to the one I enjoyed the most.

The beer I had first was the Pumpkin Bread, as I’ve said in some posts, I really like Dunkelweizens so I’m always on the lookout for a new Dunkel to try. In the case of O’Fallon’s Pumpkin Bread, there are definitely bready elements of the Dunkelweizen but a lot of the expected finishing notes (clove/banana) are masked or altogether not present due to the pumpkin / pumpkin spice elements. As I commented on untappd, it does exactly what the label suggests, evokes the flavor profile of pumpkin bread. That said, there’s something not quite there for me. Not a bad beer, just not quite what I’d hoped. 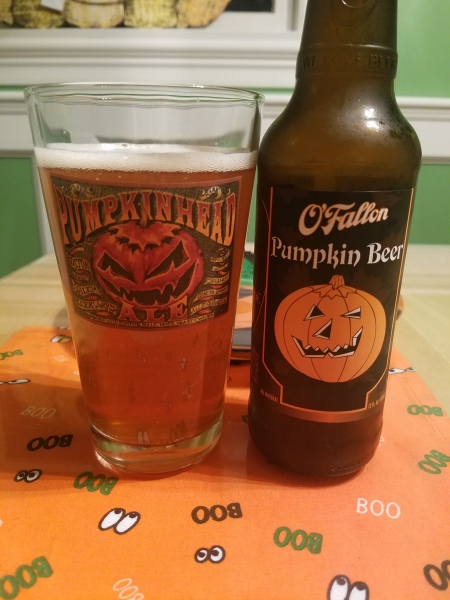 Next up (and the one I tried last) was the standard Pumpkin Beer, which was a perfectly acceptable pumpkin ale. It didn’t blow me away but it didn’t leave an aftertaste like some pumpkin ales can leave. Better than many pumpkin beers I’ve had, not quite as good as a few others, and one I’d rank in the top half of the many pumpkin beers I’ve had. In other words, a pumpkin ale I’d reach for again. I can understand why this is a local favorite in the State of Missouri, this is a very drinkable ale. This would be for relaxing by a fire pit whilst enjoying a few while the night begins to cool. 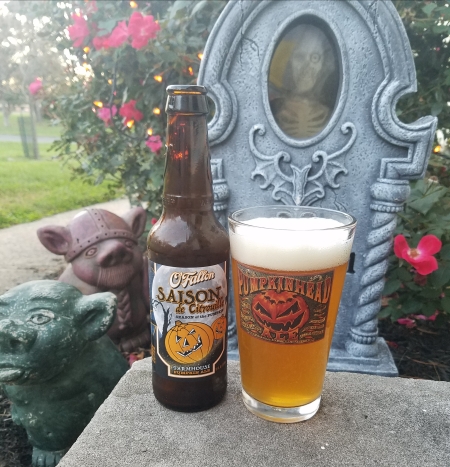 The one that surprised me the most was Saison De Citrouille. Citrouille is French for Pumpkin, and as the name implies, this is a Saison/Farmhouse brewed with pumpkin and pumpkin pie spices. While I enjoy Saison/Farmhouse Ales, they aren’t one of my “go to” styles. Sometimes, this style can have a bitter, earthy aftertaste that I find unpleasant. On the other hand, some of the lighter Saisons I’ve had are more crisp with a bit of a fruitiness to the flavor profile. O’Fallon’s take on the style is a nice variation and melding of styles, the pumpkin spices blend really well with esters in the beer, complementing each other for a balanced, tasty beer. A perfect beer for those early fall days that still have some warm winds and sun leftover from the summer. 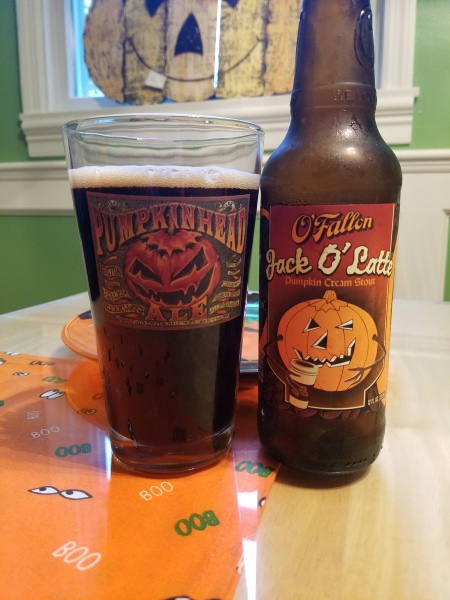 Last is Jack O’Latte and the beer from this variety pack I enjoyed the most. There was a time I loved pumpkin flavored coffee and would have it every day once the leaves started changing. Since the Pumpkin Spice overkill began a few years ago (coupled with Dunkin Donuts drastically altering its flavorings), I slowed that roll and mostly drink dark roast coffee. Anyway, back to this beer… Jack O’Latte does everything right with those flavors: a stout sweetened with lactose, further enhanced with pumpkin / pumpkin pie spices for a beer that makes you want more. If this were available in 6-packs, I would make sure to pick up a pack every fall. In the end, isn’t that what a brewery tried to do with the beer it produces?

The final verdict: The O’Fallon Pumpkin Pack is worth trying if you enjoy pumpkin beers and are looking to sample a variety of styles with pumpkin/pumpkin spice flavors. Each beer is good with the Saison De Citrouille and Jack O’Latte very good. I it is impressive, on the whole, how well O’Fallon blends the pumpkin flavors into a variety of typically non-pumpkin styles.