Our winter seasonal is a traditional doppelbock. A mohagony hued, full bodied lager with warming rich caramel and toffee maltiness.

Gordon Biersch has been brewing beer and selling well-crafted food to patrons for over 30 years. When the independent/craft beer movement was gaining momentum in the late 1980s and early 1990s, “brewpubs” were many people’s first exposure to flavorful, craft beer. Gordon Biersch began in 1988 and I know I’ve been to a couple over the past twenty years. A recent business trip to New Orleans afforded me the opportunity to visit a Gordon Biersch brewpub once again.

I was in New Orleans for a cybersecurity convention and hanging out with an old friend when we stumbled into Gordon Biersch, which I hadn’t realized was even there. A quick look at the beer list and my eyes immediately fell on this beer. I’ve remarked before how much I enjoy bocks, so there was no way I was going to pass on a freshly made doppelbock from a brewery this well-known.

The beer arrived in iconic Germanic dimpled beer mug, with the beer name and brewery emblazoned on the front. #ProperGlassware indeed. A thick light khaki head sat atop the brownish-caramel colored beer. Ultimately, I don’t think I could have imagined a more perfect visual example of a Dopplebock.

I didn’t really let the aroma sit in my nose for too long before taking a drink, so I suppose that indicates the aroma was pleasant and inviting. Delightful. That’s the immediate thought I have after my first taste of this beer. It is extremely smooth, with all the elements of the brewing process playing together seamlessly achieving a gestalt of flavor.

This beer tastes as if an abundance of flavor comes from the malts, which evoke caramel-like flavor along with some hints of toffee, too. What I appreciate even more, and this goes down to how well made the beer is, is the finish of the beer. Some dopplebocks (and bocks in general) can have a slight tang of bitterness or even spice on the end. That is nowhere near Gordon Biersch’s WinterBock. The finish is sweet, not cloyingly so, and very smooth. Again, I have to make the comparison to caramel flavors from the malts. It was a delicious beer that I enjoyed slowly, allowing the flavors to breath as the beer warmed to room temperature.

This was the first of a few beers I had during my long evening at the brewpub and it was the best. In fact, I’d easily rank as one of the better Dopplebocks I’ve had over the years. Of course, beer is an experience and the great food and friendly company may have potentially added to my enjoyment of the beer.

For Gordon Biersch as a whole, as one of the foundational brewpubs in the country, I’d definitely recommend visiting one should be near you or where you’re visiting. This is a beer to seek out (at one of Gordon Biersch’s 17 locations) if you want to get an idea of what a good German inspired doppelbock should taste like. 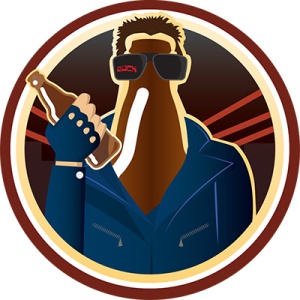 Once you’ve had just one, there’s no doubt you’ll be saying “I’ll be bock” for another.