Another outstanding IPA from the Delaware Brewing Legend! 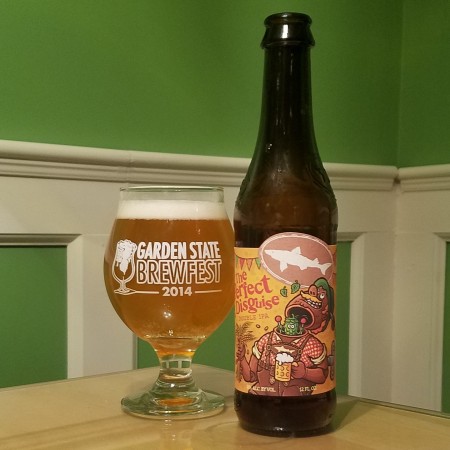 From Dogfish Head’s page for the beer:

On the surface, The Perfect Disguise looks like a straightforward Kölsch with a crisp Kölsch yeast and traditional German malts and hops … but things aren’t always what they seem. With a quick sniff and a slight sip, you’re greeted by a creamy mouthfeel and full body thanks to the addition of a unique German chit malt – the first hint that this beer may be somewhat different.

Hiding deeper behind that German disguise is the double dry-hopping of an American Double IPA, with nearly 4 lbs. of German and American hops per barrel. It brings tropical flavors of citrus, tangerine, mango, gooseberries and peach.

The artwork for The Perfect Disguise was brought to life and designed by 2019 Off-Centered Art Series artist Michael Hacker. The name ‘The Perfect Disguise’ was the inspiration for the illustration design as it’s a play on words with whether or not the beer is actually a Kölsch or an American IPA.

I realize I’ve mentioned Dogfish Head quite a bit here on the Tap Takeover in my monthly six packs and other assorted posts. However, has been quite a while (mid-2017) since I gave one of their beers the full review treatment. This beer came along and really tickled my palate so here’s a review of The Perfect Disguise.

Sam Calagione and Dogfish have a great way with words and the description of The Perfect Disguise is really on-point. But in my own words, the beer is a really bright golden yellow as I poured into the glass. There’s an even head that dissipates pretty quickly. On the whole, The Perfect Disguise pours much brighter than most IPAs I’ve had, at the very least.

The hop aroma is very potent and welcoming and has the hints of citrus I really like. The taste is not quite that hoppy, at least initially. It is pretty clean, a little sweet and then WHAM the hops hit you. In a good way, at least for me. The hop flavor is potent, but finishes off with the citrus and somewhat tropical flavor that makes it difficult to stop drinking the beer. There’s a bit of a hop-oily finish to the beer, too. I’ve noticed this with some of the Imperial IPAs I’ve had from Dogfish Head (90 Minute, Burton Baton). It is a welcome finish by all means because those other Imperial IPAs are excellent.

How does this rank against other Imperial IPAs I’ve had? Quite highly, probably one of the better Imperials I’ve had over the past few months. Aside from that initially mild taste, the beer hits all the notes of an excellent Imperial IPA and specifically, an Imperial IPA from Dogfish Head. This beer should be easily available across the country since Dogfish distributes to most of the US. It is well worth getting the full six pack because quite simply – this is a complex, delicious beer. 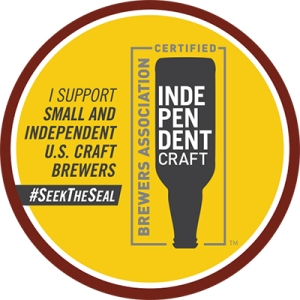 Cheers, beer patriot! You are supporting the small and independent American craft brewer. When you see the seal — shaped like an upside-down beer bottle — that’s independence you’re tasting. 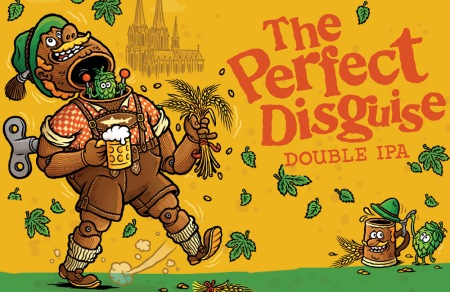