March has concluded, so it is time here at The Tap Takeover for me to post my March Six Pack. As always, I’ll assemble the six pack chronologically starting with the beer I had earliest in the month up to (in this case) a beer I had on the last day of the month. March was a bit darker, with a dip into some stouts/porters that are typically in my sweet spot breaking the IPA dominant trend from the previous two months.

I like stouts and imperial stouts, but not all are created equal and not all palates are created equal as this beer demonstrates. I realize the higher ABV stouts, like Yeti which clocks in at 9.5%, will have a high hop component (75 IBU) but for me, the hop presence was far too dominant. There’s also a strong licorice taste and I don’t like licorice. At all.

I mentioned this one in my St. Patrick’s Day post and I was very pleased with the beer. This is sweeter than the standard Guinness with a really nice chocolate and toffee thread of flavor in the beer. Like the majority of stouts, this beer became more flavorful as it warmed and the toffee/chocolate sweetness became really balanced. My wife also made outstanding Stout Chocolate cupcakes with this beer. 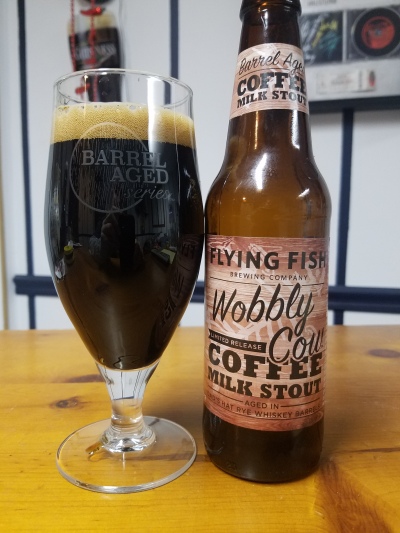 Flying Fish seems to be a regular on these posts. I follow Flying Fish on all their social media platforms and read about this beer which I initially thought was a brewery-only release, but I am very happy that I was proven wrong. This is perhaps the most subtle of any barrel-aged stout I’ve had, but it is wonderfully balanced. None of the many flavor components (coffee, chocolate, sweetness and rye whiskey) over power another and at 8% the beer won’t totally knock you out. The finish on this one is very clean.

Carton just might be my favorite NJ brewery and porters just might be one of my favorite styles, so I’m basically programmed to like this beer. I haven’t had many beers aged in rum barrel so this was a bit of a twist on the barrel aging theme for me. Of course it was delicious because those are the only kinds of beers Carton knows how to make. The porter likely would have been good on its own, but the sweetness from the rum cut any of the smokiness that some porters can exhibit. 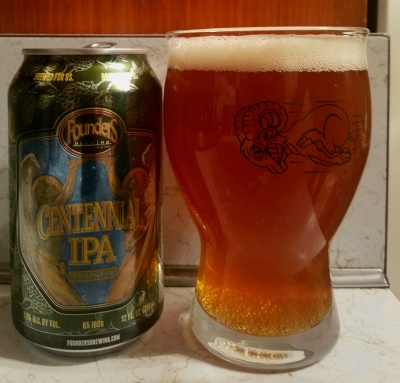 Founders is one of my favorite breweries, I’ve written about them quite often here and I’d avoided the IPA section of their portfolio for a while. That won’t be happening any longer. I’ve come to realize Centennial Hops are some of my favorite hops and that’s the hop that gives this one it’s flavor. I can see many of these in my future.

This beer is quite simply, a world class ale. There are only 12 officially designated Trappist Breweries in the world and I’ve had two of the three ales from Westmalle. The Dubbel is really tasty, but this one is obviously more recent in my memory so it really stands out as something complex, delicious, and perhaps the epitome of what a Belgian Tripel should be. Most Trappist ales are sold in single bottles, but the approximate $4 to $6 price tag is oh so worth it. The Belgian yeast works wonders, the beer has some fruity elements as well as some spice elements that altogether make a fantastic, must-try beer.

Six beers, two from outside of the US, two from New Jersey, three stouts, one porter, one IPA, and one Belgian Tripel. Not a bad variety if I do say so myself.