West Coast DIPA – A collaboration with Boneyard Beer (Bend, OR) 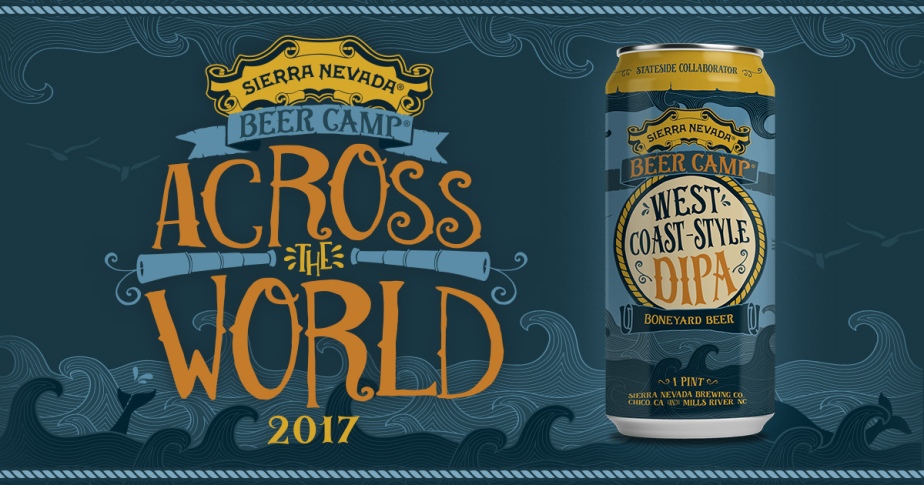 As I’ve said a few times, IPAs are not my preferred style of beer. On occasion, I will find one that is to my liking but as a style IPAs are unavoidable since they are so popular. If I don’t enjoy a “single” IPA, chances are I won’t enjoy a Double IPA and that is the case with this beer. Everything I don’t like about IPAs, especially Double IPAs are highlighted in this beer. The hop presences is funky, piney and extremely overpowering. The bitterness exemplified by IPA/DIPA is on full display in this pint. I like there to be a little more of a malt profile, but this one had none of that, or at best, was overpowered out by the drowning hop presence. This was a rare case of me actually pouring out a beer I paid for, I couldn’t finish this one as it hit every wrong button in my palate. That said, if you love DIPA as a style, chances are you’ll love this one. This one was in a 16 oz can.

I haven’t had too many Barleywines, not out of dislike, more out of just not gravitating towards them. If I’m going to be honest, they are often at a price tag of $15 for a four pack and I’m hesitant to spend that much on four beers I may not like, which is why I’ll order them if I’m at a bar with a good beer menu. This one was pretty good.

Most Barleywines have a big hop hit and this one was no exception at 90 IBU. The IBU was a bit much for my palate. I think I prefer the “English” style of Barleywines, which tend to have a lower hop presence and are usually a bit sweeter with the malt overtaking the hop presence. This one tasted like a variant on Sierra’s popular Bigfoot Barleywine, which is essentially what this brew is. In other words, if you like Bigfoot, you’ll probably like this one.

This was an interesting beer and not like many I’ve had before. This one, as I said on untappd, has “all the ginger,” which given the title, is no surprise. The description indicates there’s cayenne pepper added, too, but all I tasted was ginger. I was surprised how much I enjoyed this one since ginger is a flavor I only really enjoy in Asian food. This is the kind of beer one would expect in a variety of experimental beers, not exactly to my taste, but an interesting beer altogether. This was one of the other 16 oz cans.

Berliner Weisse is a style I’ve really come to enjoy over the past couple of years and this sour-wheat beer is a really good example of the style. It isn’t too overpowering on the sour end of things and is a little more tart than sour. This beer hit all the right notes associated with the style, though I would have like to taste a bit more fruit in the beer. I could see myself going back to this one again.

Now, for my two favorites of the Stateside Collaborations

Raspberry Sundae – A collaboration with The Bruery (Placentia, CA) 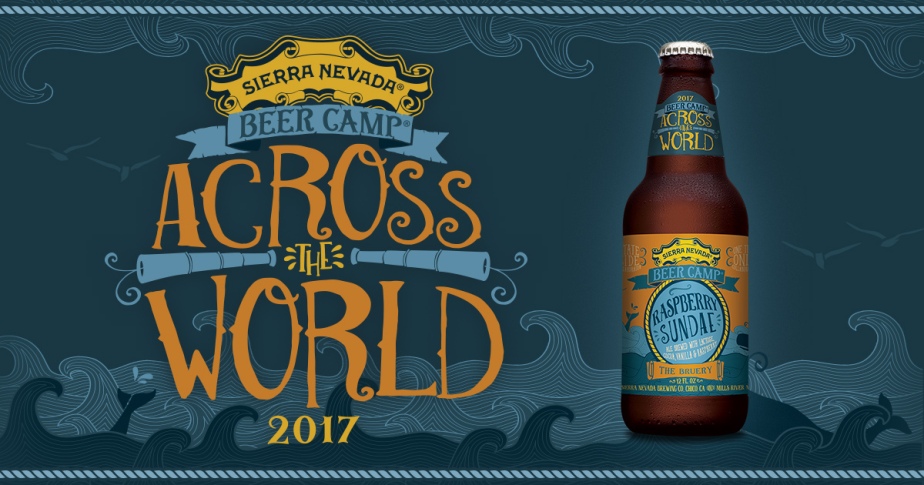 Again, the name implies it all – Raspberry Sundae. This is a perfect dessert beer or one for the middle of a warm day. The raspberry flavor isn’t overpowering, for me at least, and blends well with the chocolate for an extremely pleasant and tasty beer. Per the description linked above, lactose is also added which enhances the flavor even more. I think I enjoy sweeter beers more than most, so this beer worked really well for my palate.

The beer pours golden-red and the aroma, coupled with the taste, give a nice evocation of what you get at your ice cream parlor when you order a raspberry sundae while still retaining the flavor profile of a delicious beer. I’ve had a couple of the Christmas offerings in The Bruery’s ongoing/annual 12 Beers of Christmas and they were both delicious. I was looking forward to this beer because of that and I was not disappointed in the least. I’d definitely buy this one if it became available in 4 packs, 22oz bombs, or somehow on its own.

This beer surprised me the most. First and foremost I never thought I’d enjoy an IPA more than four other styles, especially when one of those styles is a wheat-based beer. Second, I was so disappointed by the other Stateside IPA I was even more hesitant to give this beer from a 16oz can a full pour.

After thoroughly enjoying this beer, I think I came to the conclusion that I prefer East Coast / New England style IPAs over their West Coast cousins. The hop profile of many West Coast beers, especially the IPAs, just don’t register positively in my palate. 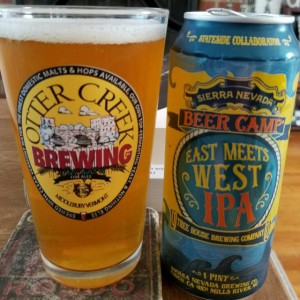 But this beer, with its citrusy and sweet profile complementing the hops was delightful. It poured a bright and inviting orange-yellow almost like orange juice, as I’ve seen quite a few of the New England IPAs on untappd. The aroma is fairly hop-forward, but that first sip just sets the taste buds crazy begging for another sip. And another.

This is, what I believe many craft beer, especially those who favor IPAs. would call a juice bomb. I’m glad this one came in a 16oz can and would buy this one over and over again, it was a delicious surprise that stands out as my favorite of the Stateside Beer Camp collaborations.

I’m going to have to hunt down some IPAs from the fine folks at Treehouse.