Something that’s been on my mind for a while is beer dating. No, not appropriate beers for a date, which is a different topic. I refer to how breweries date stamp or, in some cases, don’t date stamp their beer. You’d think this would be a simple thing a brewery would want to do from an integrity standpoint, right? 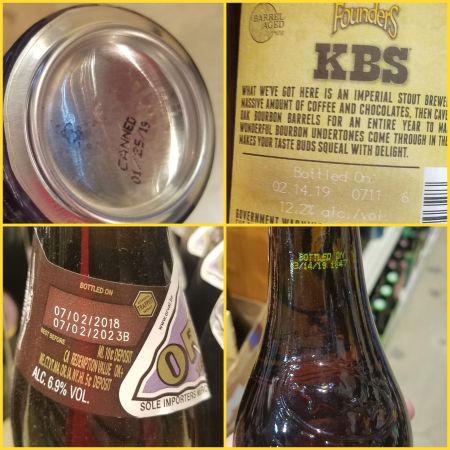 Maybe breweries are concerned that if they do date stamp their beer, then the beer won’t sell if it is on the shelf of a bottle shop for a certain amount of time? In some cases, a brewery is utilizing a canning or bottling line that may not have the ability to stamp dates on the bottom of cans or sides of bottles. If that’s the case, then the added time of printing labels/stickers and slapping those stickers on the packaged beer could be inefficient and costly, perhaps. I don’t know, I can’t get in their heads. But there are indeed some complexities involved with date stamping beer. 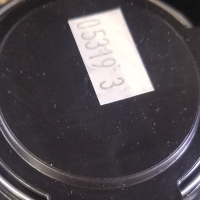 Best before date. This brewery takes a little extra time to put the sticker on top of the can holder.

Another complexity is what format to use for date stamping. There’s the Gregorian calendar dating, which is what most of humanity uses. You know, January 1, 2019. This can sometimes be written as 01/01/19. The other, more obtuse method is swapping out letters for numbers, while also including the bottling line. Sure, that’s specific and not as easy to read as a normal date, but it is something to give the consumer an idea of the freshness of the beer. This thread at RateBeer.com illustrates the cryptography involved in this type of date stamping, while this post at Craft Beer and Brewing gives a nice overview of beer date codes in general. Bill Cord of the great MyBeerBuzz intelligently and cogently presented his thoughts on the subject of standardized beer dating a couple of years ago.

It shouldn’t be incumbent on the consumer to have to go and figure out which method of date stamping is used. As a general rule, manufacturers really shouldn’t make extra work for potential customers when manufacturers are asking those customers to part with their hard earned money.

Aside from the format of the date, there’s the issue of what date to put on the beer. Some breweries will stamp a “canned on” date, others stamp on a “best before” date. Again, both are good methods. I prefer the canned on/packaged on date, though the benefit of a “best before” date tells you what the people who actually made the beer think the lifespan of the beer should be. They probably know best. One would think the brewery/brewers would know best, at least.

Perhaps my largest frustration is the utter lack of consistency. I’d almost expect say, a Trappist Tripel to have a different method/format of date stamping from that of an IPA brewed in California. But when two breweries in the same state – say Pennsylvania, one of the largest brewing states in the Nation – have different date stamping methods, then the problem becomes more noticeable.

What is probably optimal is what you see on the photo below and in the snapshot of Orval in the lead image in this post. A bottled on date and a best before date. Orval stamps the bottled on and best before date. It ages well, I’ve had a 2 year old bottle. That beer below is a barrel aged Quadrupel from Weyerbacher (which is delicious, by the way). Many barrel aged beers tend to develop more robust flavors over time, as do many Belgian beers like Orval. So when the beer shows those bookended dates it is nice. If I were the HopLord of All Brewing, that’d be one of my decrees – all beer should have a packaged and best before date. Another brewery that does it right is Bell’s, which is really not surprising. They date stamp the beer with a packaging date and almost all the labels have a shelf life note. Two Roads does the same, too. Date stamp on the bottom of the can, note on the side indicating how long the beer lasts. Hell, the “Shelf Life” can be added to the label that goes on every single bottle or the can packaging. 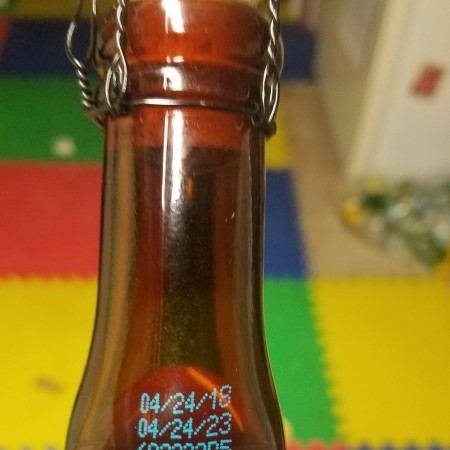 But maybe even worse is what comes off as a middle finger to the consumer. When, rather than a date stamp at the bottom of the can, the brewery decides to put a song title, a movie title, or some other random line of text that is anything other than either a “Canned On” or “Best Before” date. Why is that a middle finger? Clearly, the brewery has the capability at their disposal which provides them the ability and means to stamp something on the bottom of the can. Is the song a code for people in the know? Why waste effort and money in something that could likely be meaningless to a potential new consumer? Something that could be a potential barrier to a new customer.

It is a deceitful thing, too. More educated craft beer drinkers are probably concerned about what date is on the beer, especially those who enjoy beers that are best enjoyed as close to the packaging date as possible: Hazy/New England IPAs, one of the hottest styles on the market. Most breweries who are producing Hazy/Juicy IPAs will even include a “Drink Fresh” edict on their label. I know if I see a Hazy/New England IPA without a date on it, I’ll not buy the beer if were on the shelf. Hell, if I’m trying to decide between two beers to buy in a specific style I’m craving, maybe from different breweries, I’d probably lean towards the beer with the date stamping if only one of those beers had the date stamping. I would even encourage other consumers to not buy those beers, too. 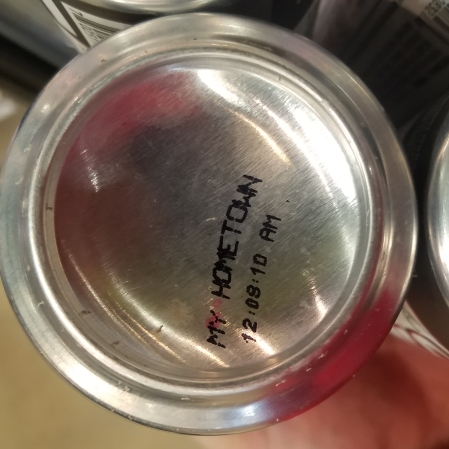 What does “My Hometown” even mean? The time is stamped, but not the date? Waste of ink, in my humble opinion.

Another set of complications are stores that keep beers on shelves long past their packaged dates and best before dates. That’s a different rant, but I’ll just say I saw a beer I really enjoy and hadn’t seen in a while in my area (Sierra Nevada’s Kellerweis) that was two years old. I clearly remember the date on the beer as 2016 when I was in the store last summer (2018). Because it was so far out of date, I passed on the beer and was more frustrated with the store than Sierra Nevada. Unfortunately, that store carries some beers I don’t see elsewhere in my immediate area so I do find myself returning to it once in a while. 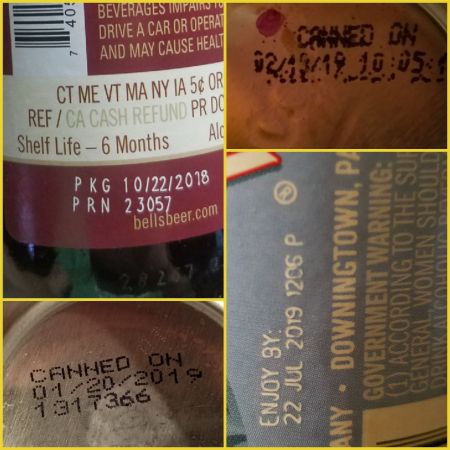 A selection of properly dated beers from my refrigerator

What is the solution, then? Who is responsible? The Brewer’s Association, presumably, has some clout. In this article, the Brewer’s Association provides some very broad guidelines around “beer freshness,” but that’s it. This seems like something they’d want to enforce. The BA defines what Craft Beer actually means (itself a definition fraught with great debate in beer circles), so you’d think the packaging and freshness dating is something they’d want to enforce to some degree for their member breweries. The TTB (Alcohol and Tobacco Tax and Trade Bureau), the governmental arm that approves all the labels and names before a beer can be released into the world has little sway on dates, it would seem.

Ultimately, it seems to be a matter of trust. We, the consumers, have to trust the breweries to stamp their beers with dates. I know if I see a beer with a dumb song title, or a cheeky phrase where a date stamp should be and there is no dating on the beer whatsoever, I’ll be extremely hesitant to buy the beer unless I’m at the brewery and I know for a fact that the beer was packaged/released close to the day I’m at the brewery.

Enough local breweries (at least in NJ), send out emails and engage in social media for new beer releases. For example, I just finished the last of a four pack from a New Jersey brewery I really like, they put out a new beer and I know the beer that showed up at the local store was fresh because they disseminated the messaging of a new beer via email and social media. That’s because I might be a little obsessive over new beers and breweries I like. Not all consumers are as proactive about the beer they buy.

So when a beer from an untested brewery is on the shelf, I’ll be hesitant to pick up the beer if I don’t know how fresh it is.

I say all this as a consumer and beer enthusiast. There are likely elements of beer production, packaging, and distribution about which I’m speaking out of my butt. But be that as it may, date stamping is something that deserves proper attention from the brewery asking us to part with our hard earned money.