September should be the start of cooler weather, with stouts on the horizon. September is most definitely the start of Oktoberfest and this month’s post features one prominently. For the September 2018 Six Pack, three New Jersey beers are featured. 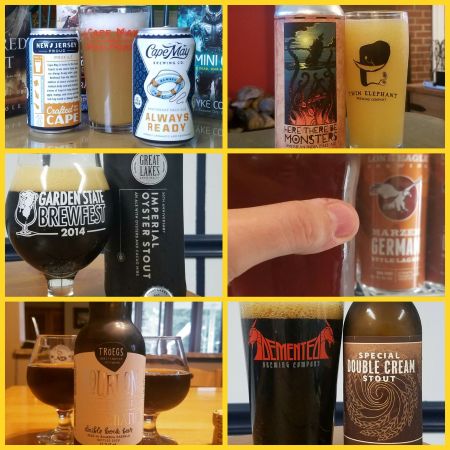 I found myself going for more NJ beers this past month in general. For the first time in a couple of months, one beer really disappointed me. 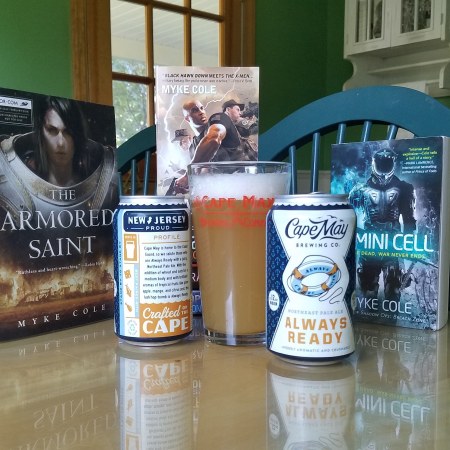 I continue to be impressed with the output from Cape May Brewing Company. I’d seen a few posts about this beer on untappd, Twitter, and Instagram and was intrigued especially when I learned Always Ready was brewed in honor of the United States Coast Guard as Cape May has been home to the USCG’s sole training center since 1982. CMBC offers a $1 discount off pints for active-duty and retired USCG members, year-round. As it so happens, Myke Cole is one of my favorite authors and one of the best human beings I have the privilege of knowing. Among the many things Myke has done was serving in the USCG. I toast this beer to Myke and recommend you all get and read his books. Click on his profile and that shall lead you to some great, powerful fiction to read while enjoying an Always Ready, or any time for that matter. (Gemini Cell might be his best, IMHO). 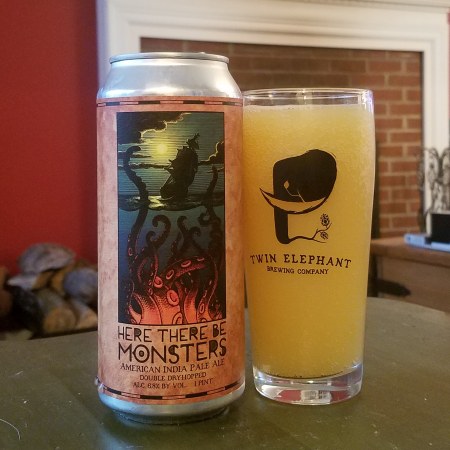 It has been far too long since I had a beer from Twin Elephant and this juicy IPA just about made up for it. They’ve brewed this beer in the past, but decided to can it with some gorgeous can art. The beer inside, which evokes those juicy citrus and tropical notes that so many IPAs do nowadays, lives up to the dark and lovely can art. Bottom line: a great IPA from a relatively young brewery with a reputation for brewing great hop-forward ales. 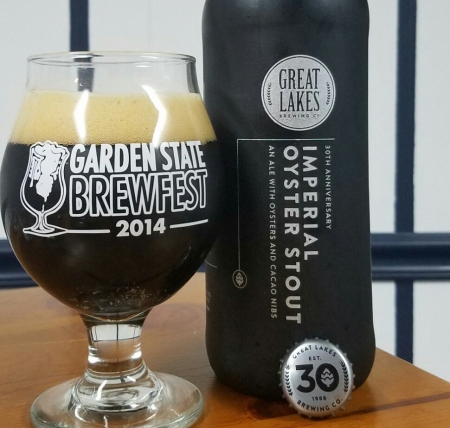 This one is disheartening because nearly every other beer I’ve had from Great Lakes Brewing has been very good. More to the point, I liked them all and consider a few of their beers classics, so I was happy to see a nice big stout as their anniversary beer. You might think oysters in a stout would be bad, but they can be an interesting adjunct (as in Flying Fish’s Exit 1 Bayshore Stout). Unfortunately, this one didn’t work too well for me and I could barely finish it, there was a very strange aftertaste I found displeasing. 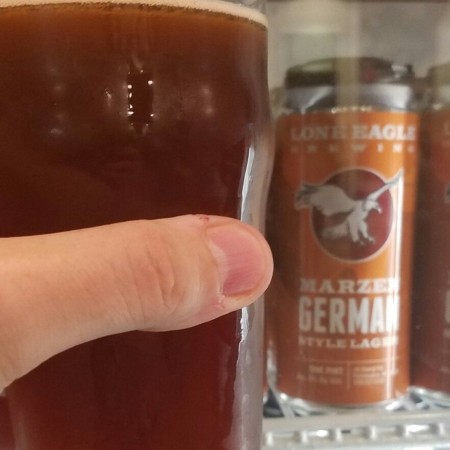 I had the beer on draught, but Lone Eagle was selling it in 4packs of 16oz cans.

I has been a few months since I last visited Lone Eagle for board game night, but as it so happened, the night I went was shortly after their Oktoberfest debuted. I enjoyed last year’s batch a great deal and this year’s was almost as good. A really tasty, straightforward lager that does exactly what an Oktoberfest lager should. 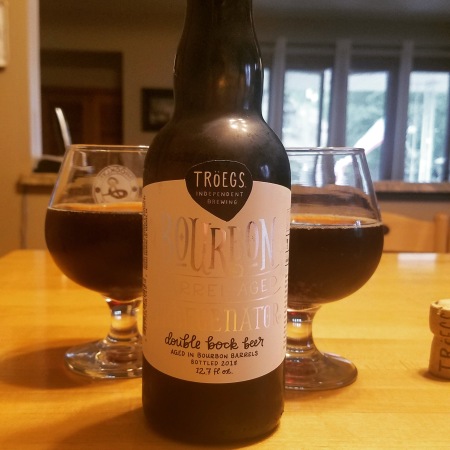 I’ve been wanting to try this bee for a few years now and I was never able to find it near me, but this year I saw it my local bottle shop. I figured this was a great beer to share with my dad for his birthday and he liked it just about as much as I did. The base beer, Troegenator is a classic and probably the most readily available doppelbock on the East Coast of the US. The Trogner brothers took a great beer and leveled it up considerably. What makes this beer so special is how the barrel aging doesn’t sacrifice any of the bock character of the beer. Some of the characteristics are enhanced – the sweetness (but not too much), the caramel hints, and the maltiness. The aroma is inviting and the beer is nearly perfect. This is one of the five or ten best beers I’ve ever had, probably. 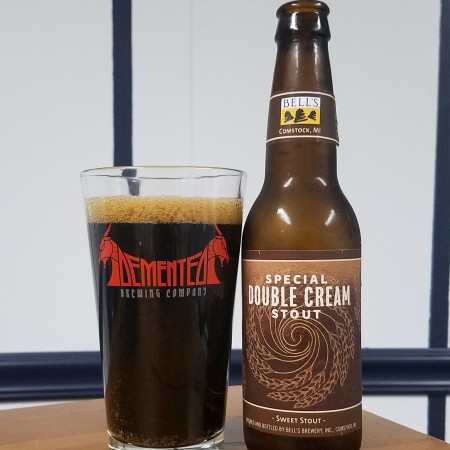 I continue to be extremely pleased Bell’s is now distributing their delicious beers into New Jersey. There isn’t anything flashy about this stout – no adjuncts, no flavor additives like coffee or barrel aging. Nope, just 10 malts that beautifully evoke notes of coffee and chocolate, for a sweet stout that is pure delicousness.

So, September is in the book and October is here. Will I dive into some pumpkin beers in October? Only time will tell.