The final brewery of “Hackettstown Trio” of NJ Craft breweries gets the Draught Diversion treatment today. Of course, I am referring to Jersey Gril Brewing Company who just celebrated two years of being in business and selling beer in their taproom this past weekend (April 7). Unfortunately, I was not able to attend their anniversary party, but I did visit Jersey Girl back in November 2017 when I visited Manskirt and Czig Meister.

Like many breweries, owners and friends Chuck Aaron and Mike Bigger started were homebrewers, after they met in the community of Mount Olive and found they shared a passion for good-tasting beer. They wanted to provide a beer destination locals could enjoy and their involvement in the community can be seen on their Facebook page. 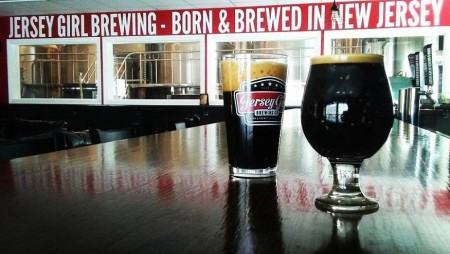 Jersey Girl began brewing beer and distributing in 2014, but the build-out of the tap-room took another two years. When Jersey Girl opened its doors to the public in April 2016, the brewery started fairly strongly, I think I recall seeing their great, eye-catching logo at least one (probably more) Garden State Brewfests, maybe in 2015 and definitely in 2016 when I had their well-made Amber Ale. Their brewing capabilities have expanded since the initial opening, with overall volume increasing, as well as can production, which jumped from about 2,000 for a run/month to 20,000 cans per month. Additionally, the number of employees has more than doubled, from 5 to 12. 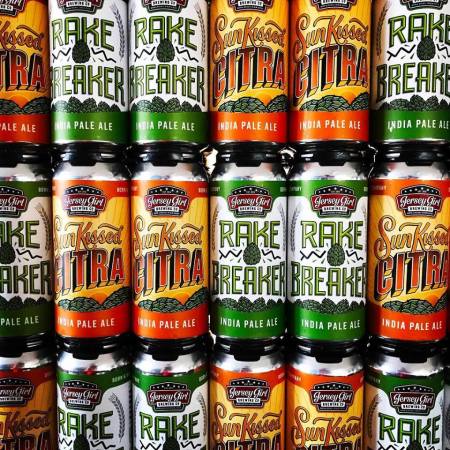 The brewery started out fairly aggressively with canning their beers, I recall seeing cans of their two flagship IPAs, Rake Breaker and Sun Kissed Citra in stores. Those two beers are also available in cans and on tap at the Prudential Center, home of my hockey team, The New Jersey Devils. In fact, Jersey Girl is currently the top-selling craft beer at the Prudential Center, according to the Brew Jersey article linked below. Let’s face it, Jersey Girl really should be available there, considering the name of he brewery. Even before the brewery officially opened, it was being recognized as the beer was highlighted online at NJ Monthly. 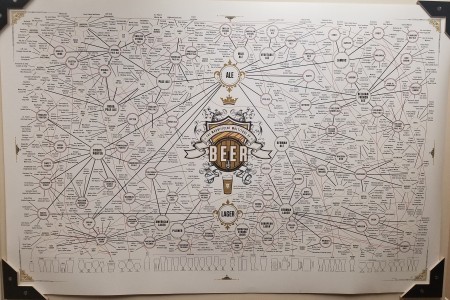 This awesome diagram/map of beer styles adorned one of the taproom walls.

The view from outside is very deceiving, especially from the road where the brewery is located. Whereas Czig Meister and Manskirt are quite visible, Jersey Girl is an office park environment. Like Kane and Conclave, you have to know to look for the brewery. That outer view of the brewery is in complete contrast to the taproom inside, which is inviting and very well-constructed. It feels almost like a neighborhood bar. There’s plenty of seating at the bar, at tables, and side tables where you can view the brewing equipment. 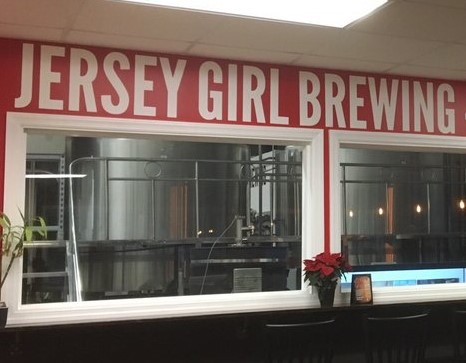 The evening of my visit, the brewery was quite busy. Admittedly, Jersey Girl was the last of five breweries I visited that day, so my perception may be slightly skewed. But the impression that sticks in my memory is of a relaxed, welcoming atmosphere where many people were chatting and getting along quite nicely. 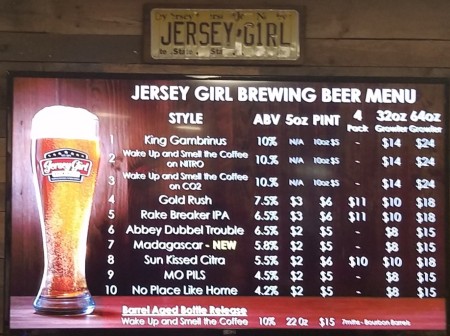 The tap list for the night of my visit

The most important element of any brewery; as always, is the product/liquid/beer itself. As Chuck Araron says in the Daily Record article below, “It’s all about the beer. We’re in the beer business.” During my visit I had a flight of four beers on the lovely paddle in the shape of New Jersey pictured below. The first beer of the flight was King Gambrinus, an extremely well-made Belgian Tripel. Second was a big Coffee Stout, Wake Up and Smell the Coffee which was tasty bit slightly bitter and packed quite a punch at 10% ABV. The third beer in my flight was another Belgian offering, Abbey Dubbel Trouble, also well-made. Last was a very well-rounded porter, Madagascar. As the name implies, this beer is brewed with Madagascar Vanilla and the balance is spot-on. I’ve lamented vanilla beers that have way too much vanilla and this one doesn’t commit that sin. 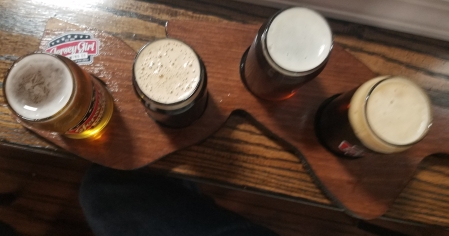 Flight addles come in various shapes, this one in the shape of the State of NJ is one the cleverer paddles I’ve seen.

The brewery has been receiving accolades and awards over the past two years: 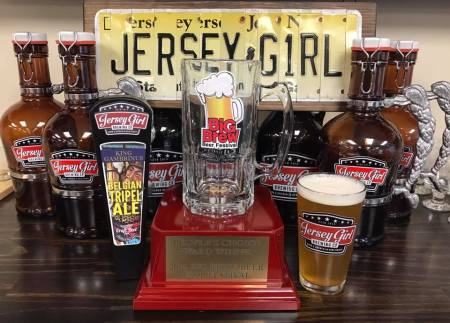 Having just celebrated two years in business and open to the public, Jersey Girl is proving to be a strong presence in the growing New Jersey Craft Beer landscape. Beers that seem to be well received, averaging about 3.7 on untappd for their flagship IPAs Sun Kissed Citra and Rake Breaker, 3.99 for their Coffee Stout, and 3.87 for King Gambrinus. They brew two Hefeweizens in the summer, a standard Hef and one with Elderberry and Lemon, both of  which I can’t wait to try, a Pilsner (MO Pils, the MO for Mount Olive), and many more. Overall, I hope to see this brewery grow and expand their footprint in and outside of the State.

Jersey Girl regulary hosts events at their brewery, like the current trend of yoga and beer and of course, trivia nights.